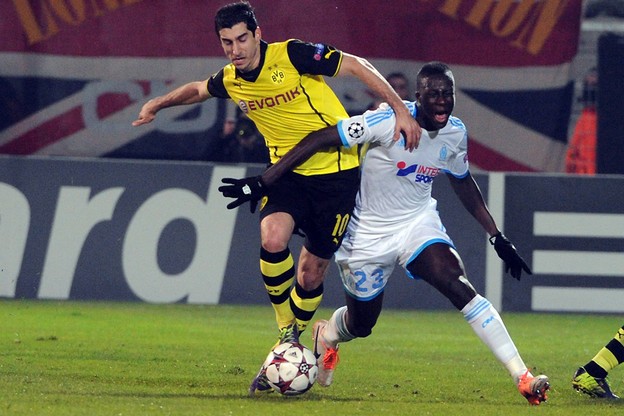 Manchester United are desperate for some defensive reinforcements in January after injuries to Rojo, Shaw and Phil Jones in the last few months.

Injures have forced Van Gaal to play midfielders and centre backs in the left back position and it seems the Dutchman is keen to sign a specialist left back in January.

Manchester United officials were present during Rennes’ match with Marseille earlier this week and Sportwitness believe that the Old Trafford outfit were running the rule over the French left back Benjamin Mendy.

Mendy was linked with a move to Old Trafford last year and considering United’s full back crisis it makes perfect sense for them to scout the talented young left back.

Mendy has already represented France in all of the youth levels and could make his senior appearance soon.

The 21 year old is a key member of the Marseille side and could be the perfect understudy to Luke Shaw when the England international is fit.

Marcos Rojo is expected to be back in a few weeks but Luke Shaw is a major doubt for the remainder of the season. The England full back could miss out on the Euros this summer as well.