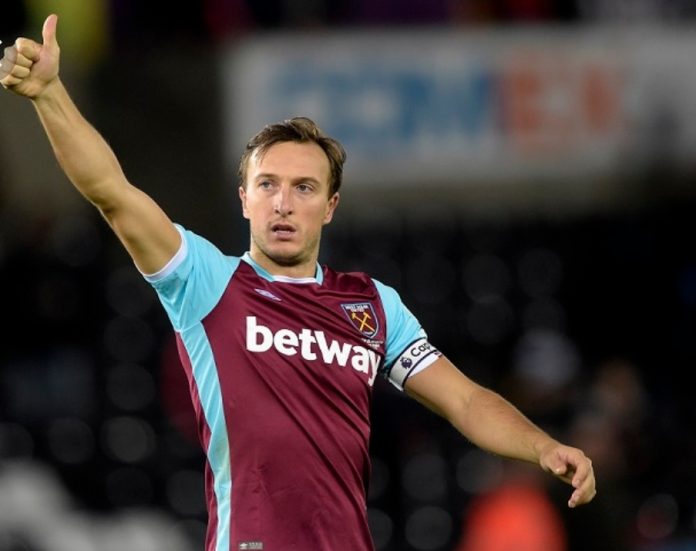 West Ham United captain, Mark Noble, will remain in East London after the club exercised an option to extend his current deal for a further year. The 31-year-old will continue to be a hammer until at least 2021.

Speaking to whufc.com, Noble was extremely pleased to stay with the club that’s been a part of his entire life.

Noble joined The Irons at the age of just thirteen. Progressing through the youth ranks, he went on to make his debut in 2004 in a league cup tie against Southend United, aged just seventeen years old.

In 2015, Noble was given the captain’s armband by Slaven Bilic. Overall, he has made 446-appearances, scoring 51-times, during his 13-years as a professional at the club. He has made more appearances than anybody during the Premier League era. Although, he is still a long way behind Hammers legend Billy Bonds with 799-appearances.

Honours have been few and far between. However, Noble was part of West Ham’s  successful Football League Championship playoff wins in 2004/05 and 2011/12.  He has also been West Ham’s player of the year on two occasions.

West Ham currently sit in eleventh position in the Premier League table. A push for Europe is not beyond the realms of possibility. Noble will certainly want to be a part of any future success.

“I hope that the club keeps moving in the right way, and hopefully I can be a part of that”