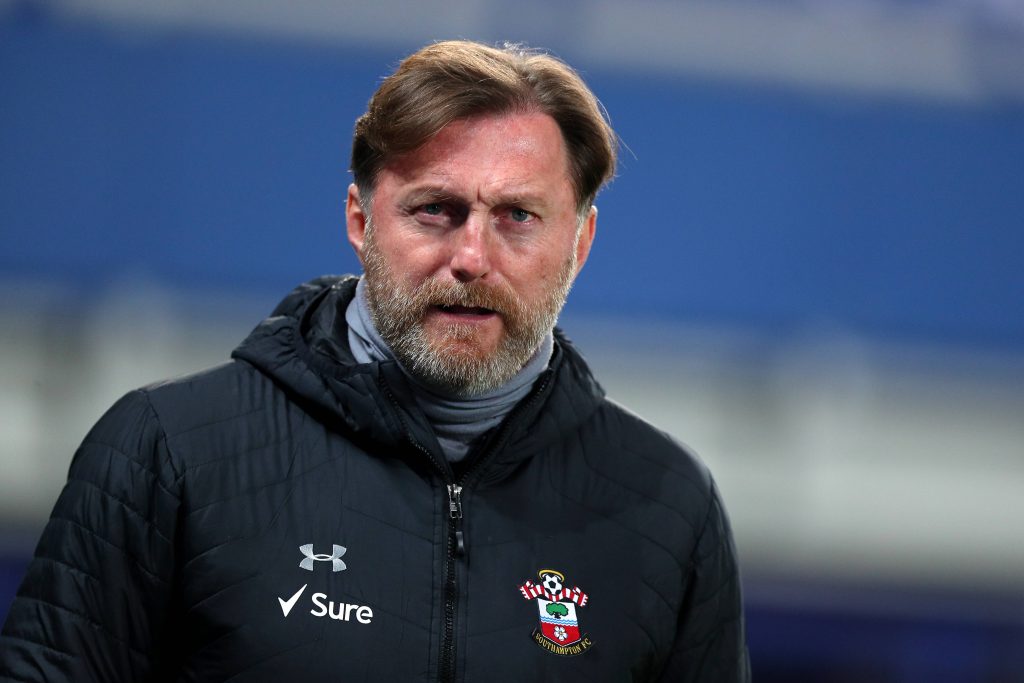 The Saints had a good opening half against Everton in the season opener as debutant Adam Armstrong found the back of the net at Goodison Park.

However, they capitulated after the interval. The Toffees ended up comfortable 3-0 victors.

On the contrary, United secured a convincing 5-1 triumph over Leeds United at Old Trafford, with Paul Pogba matching a unique record with four assists.

The Red Devils did the double over the Saints last season, which included a stunning 9-0 win at home. The Saints finished the game with nine men.

Lawrenson does not anticipate a similar scoreline, but he has no doubts that the visitors will come on top with a 2-0 victory over Ralph Hasenhuttl’s side.

The ex-Liverpool star believes the Saints could be up for a tough campaign after sanctioning the sale of key players in Danny Ings and Jannik Vestergaard.

He said: “The scoreline won’t be anything like that this time, but the points are heading for Manchester again – whether Paul Pogba plays as well as he did against Leeds last week, or not.”

“I would never normally be worried about Southampton facing a relegation fight, but things are not looking great for them right now after losing two such key players from their spine in Danny Ings and Jannik Vestergaard.

“Saints have to spend some of the money they got for them on strengthening their team – otherwise, it looks like it is going to be a tough season for them.”

The Saints had a tough game defensively against the Toffees, and it could be another difficult clash against a free-flowing Red Devils outfit.

They put five goals past Leeds at Old Trafford last weekend, and the scoreline could have been bigger with some clear-cut chances missed.

Hasenhuttl may opt for a cautious approach against the Red Devils. He will be hoping that his team can surprise their opponents on the counter-attack.

United will be nearly at full strength for the Saints encounter, with Jadon Sancho likely to make his full debut from the right side of the attack.

Raphael Varane could also make his United bow at the heart of the defence alongside Harry Maguire. It will be a big surprise if they don’t deliver three points.