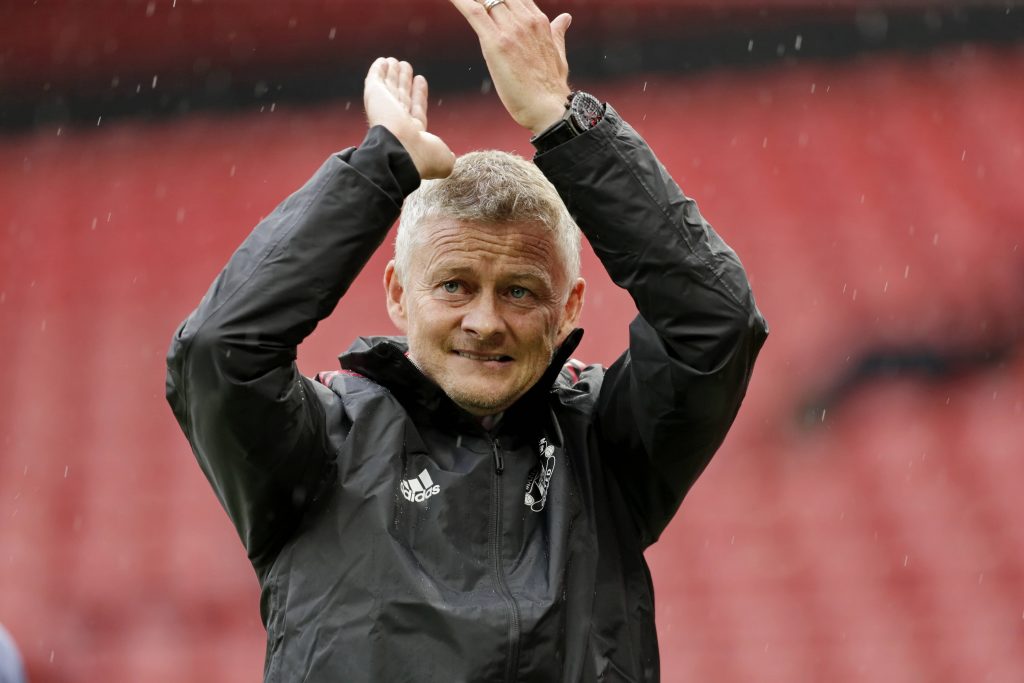 The Red Devils finished as runners-up in the league last term, but they ended the campaign on a disappointing note with a defeat in the Europa League final.

They will kickstart the new league season with an early kick-off on Saturday. The club are favourites against old rivals Leeds, and Lawrenson has backed them for a 2-1 win.

He said: “I’m looking forward to seeing Jadon Sancho in action – I think everyone is except for Leeds fans.

“This will be a lot closer than the 6-2 win that Ole Gunnar Solskjaer’s side enjoyed at the end of last year, but I’d still expect them to take the points.”

“They need to improve on their home form from last season. Having the fans back at Old Trafford should help.

“It is going to be interesting to see how many home teams win this weekend now they have their usual support again.”

The Red Devils were superb away from home last term. They went unbeaten over the whole league season with 12 wins and seven draws.

However, their home results were hugely disappointing. They won just nine of their 19 matches, suffering six defeats in the process.

With the fans back at Old Trafford, the atmosphere should be lively. It could bring the best out of the players in what could be an exciting season.

With the signings of Raphael Varane and Jadon Sancho, the club have bolstered two positions where they had an underlying concern.

They finished 12 points off Manchester City for the top spot last term, and will be aiming to close the gap to mount a serious title challenge.