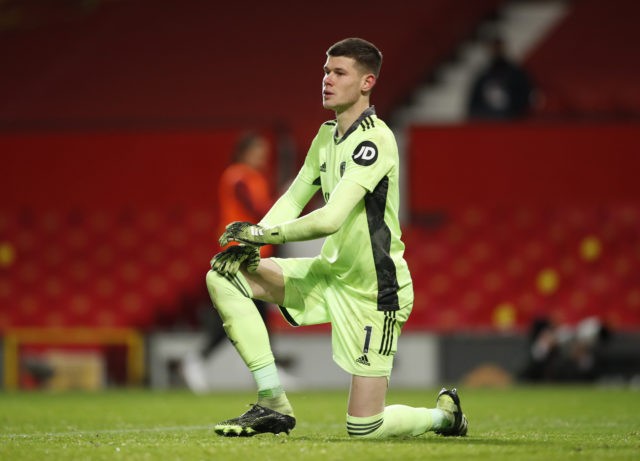 Leeds United will take on Burnley at Elland Road Sunday, and Mark Lawrenson has predicted a victory for the home side on BBC Sport.

The Whites are heading into this game on the back of a 6-2 defeat against bitter rivals Manchester United at Old Trafford.

Ahead of the match, Bielsa has spoken in length about the media’s inaccurate narrative regarding Leeds’ preference to ‘style over results’, but Lawrenson has harped on the same topic claiming the Whites won’t change their style against the Clarets.

Leeds have been an entertaining side to watch this season. They are brilliant going forward and can play scintillating attacking football at times.

However, they have been very poor at the back. The Whites are conceding goals easily, and they are giving the impression of a team that are not learning from their mistakes, especially while defending from set-pieces.

Illan Meslier has made some wonderful saves this season, but the youngster has been hardly helped with a porous defence upfront.

Lawrenson has pointed out that the 20-year-old ‘doesn’t command the area’, although he gives the impression of a ‘really good’ goalkeeper.

The French youngster is a fantastic young talent, and he is still learning.

“Leeds are not great defensively in open play or at set-pieces, and their goalkeeper Illan Meslier makes some good saves but doesn’t command the area,” said Lawrenson to BBC Sport.

“Meslier is just a kid at 20. He looks like he has the makings of a really good keeper, but he isn’t one at the moment. He is still learning, and he is playing behind a porous back four.

“Leeds know their strength is going forward, though, and they are not going to change. I think they will win, but there is no way they are getting a clean sheet.”

Earlier this month, Bielsa spoke highly about Meslier, but he refused to take any major credit for his development.

Leeds find themselves 14th in the league table, but a win against the in-form Clarets can take them to the top half of the table.