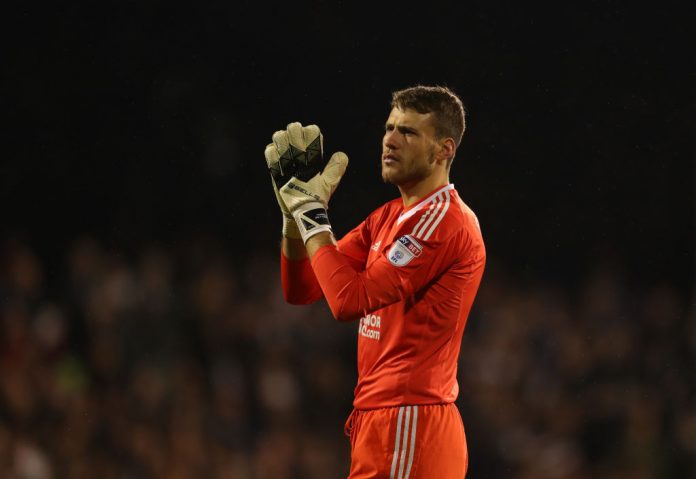 Fulham keeper Marcus Bettinelli has been linked with a move away from the club this summer.

The 26-year-old shot-stopper has lost his starting berth to Fabri and Daily Mail claims that he will need to leave in order to play regularly.

Bettinelli had the chance to leave earlier in the summer but he wanted to stay and play as Fulham’s number one. However, Jokanovic has signed Fabri and Rico this summer and Bettinelli has fallen down the pecking order.

Fulham started Fabri in between the sticks during their Premier League opener and Jokanovic revealed that Bettinelli was dropped because of an injury. Later, the player confirmed that he was fully fit.

It seems that the 26-year-old is not in Jokanovic’s plans anymore and he is clearly being frozen out. It will be interesting to see whether he can secure a move before the end of this month.

Bettinelli is a real fan favourite at Fulham and he was instrumental for them last season. Fulham fans are unhappy about the treatment he has received so far.

The report from Daily Mail adds that several clubs are interested in signing Bettinelli and they are waiting to swoop for him this month.