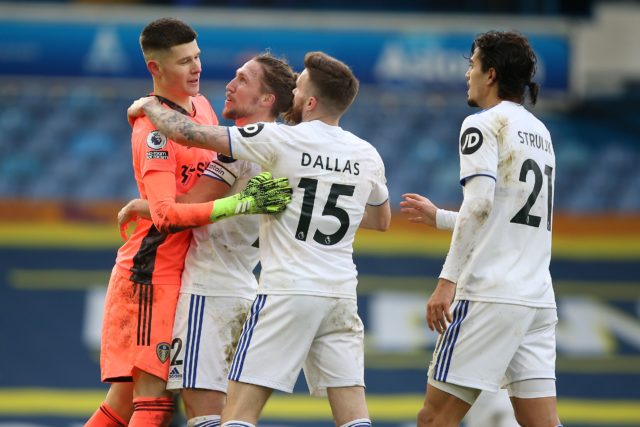 Marcelo Bielsa has showered praise on young Pascal Struijk after Leeds United secured a 1-0 win against Burnley on Sunday at Elland Road.

The 21-year-old has featured often this season and has done relatively well. He was a surprise inclusion in the Leeds squad against Burnley, with Bielsa giving him a chance to impress in the absence of Liam Cooper and Diego Llorente.

The Dutchman produced a commanding performance at the back but Leeds did just enough to pick up an important win. The makeshift three-man defence of Struijk, Luke Ayling and Kalvin Phillips were put on pressure thoroughly, with Leeds riding on luck at times.

Patrick Bamford’s goal in the early stages of the match proved to be the deciding factor between the two sides. He was strong in the air, made some good clearances and interceptions, and overall it was a solid performance.

After the game, Bielsa seemed very happy with the youngster and suggested that Struijk was ‘very influential’ during the game.

“Yes, he was very influential and he contributed a lot to our defensive stability in the middle,” said Bielsa, as quoted by Leeds Live.

A lot was said and written about Leeds’ style of play in the last few weeks, and it left Bielsa frustrated during the press conference.

A lot of pundits claimed that Leeds won’t change their style under Bielsa Bielsa, and many even criticised him saying that such an approach is actually not doing them good.

On this occasion, Leeds abandoned their swashbuckling style and instead dug deep, especially in the second half, to win it ugly and pick up all three points. It was more of a relief at the end of the final whistle, but Leeds will not mind.