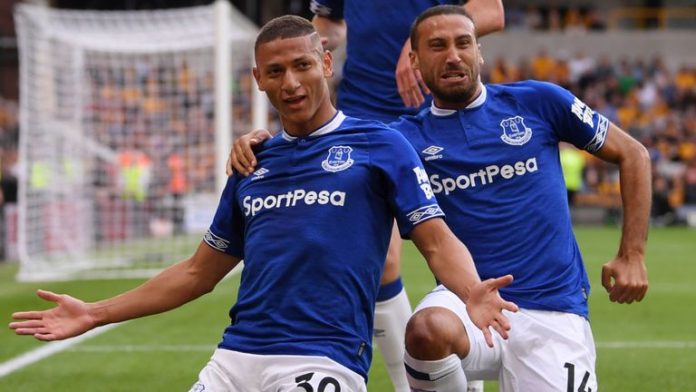 Everton director Marcel Brands has revealed that the club paid a premium for Richarlison this summer.

The former PSV man explained that the strained relationship between the two clubs forced Everton to pay over the odds for the Brazilian attacker.

He said: “We thought it would be a very difficult one because of the history of the clubs. We were both convinced about him [but] I think with the situation with Watford, we had to pay a little bit more. I think maybe the market value was a little bit lower but, at the end, we are happy with him. We think he can be very special. He has a lot of speed, the capability to work; he is strong, he is tall. There are a lot of qualities for all the competitions in Europe. They are important qualities.”

The Toffees tried to bring in Silva earlier when Koeman was sacked but the Portuguese was managing Watford back then. The Hornets treated Everton’s move for their manager as “an unwarranted approach” back then.

Since then, the relationship between the two clubs hasn’t been ideal.

Marco Silva had worked with Richarlison before at Watford and he wanted to sign the Brazilian this summer. Brands claims that he was convinced about the player’s ability as well and therefore they decided to overpay.

So far, Richarlison has looked very good for Everton. The £40m forward managed to score a vital brace against Wolverhampton Wanderers on his debut last week.

If he keeps performing like that, Richarlison will justify his fee soon enough.