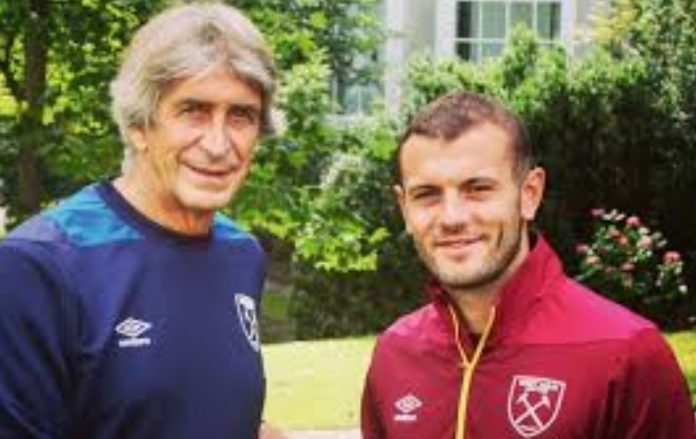 Manuel Pellegrini is hoping Jack Wilshere can play a big part during the remainder of West Ham’s season.

The midfielder joined The Hammers on a free transfer from Arsenal last summer, but has been unable to make an impact due to an ankle injury that has kept him out since mid-September.  The 26-year-old returned to action in The Irons 3-0 win at Newcastle, coming off the bench late on.

That was only Wishere’s fifth appearance of the season, and Pellegrini is hoping to have him available for selection for the rest of the campaign.

Speaking at yesterday’s press conference ahead of tonight’s clash with Cardiff City, Pellegrini praised Wilshere as an excellent signing, despite the set-backs. The Argentine said:

“He wanted to play at West Ham, we took the risk and it has not been a good month for him but we have the second part of the season and I hope he will play most part of the games.”

Wilshere spent 10-years at The Gunners prior to his move to London Stadium. During that time injuries blighted the potential of what looked to be a successful career at both club and international level.

Wilshere no doubt has the class to succeed. If he hadn’t suffering with lengthy lay-offs, he would have had a more successful career. Even so, Pellegrini feels he has a bargain when considering today’s transfer market.

“Maybe players of the quality of Wilshere at this moment can cost £100m, £90m, £70m. Good creative midfielders are very expensive”.

This season could well make or break Jack Wilshere. A successful spell will give hope of a recall to Gareth Southgate’s England squad. For now though, it’s all about staying fit and cementing a place in Manuel Pellegrini’s starting line-up.