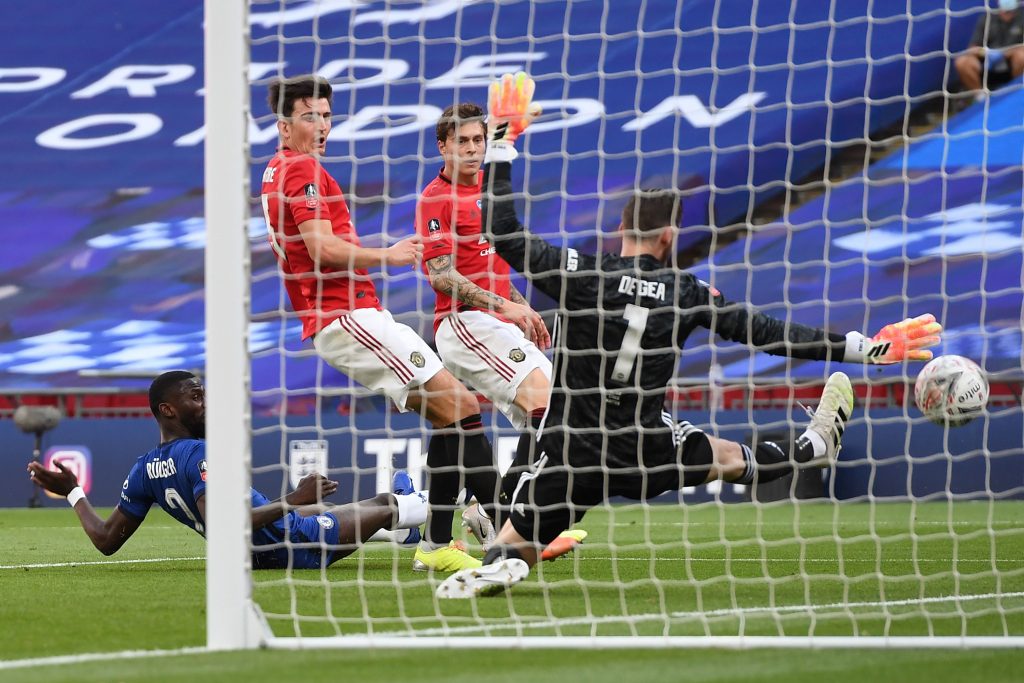 Manchester United’s defence and goalkeeper have been roundly criticised this season for costing United a place in the Champions League knockout stages and a possible title challenge.

So now we need to fix United’s defence, and while Alex Telles has been a welcome addition, there are serious questions asked of the trio of David De Gea, Harry Maguire and Victor Lindelof.

So how do United fix this?

Before you throw De Gea under the bus, remember that a slow defence can nullify both the goalkeeper and the attacking strengths of a team.

United fans criticising David De Gea this season would do well to remember the Spaniard’s first year at United when he had the ageing pair of Rio Ferdinand and Nemanja Vidic in front of him.

Their slow speed meant United’s defence sat deeper, which in turn meant the opposition could get long-range shots off at will, plus left little room for anticipation for the keeper.

De Gea caught a lot of flak in his first season for conceding from outside the box, but it was because United were defending too deep and not pressing enough around their own box, not necessarily a problem the keeper had.

Case in point – the 2011 Community Shield where United were losing 2-0 at halftime to Man City before Sir Alex Ferguson took Ferdinand, Vidic and Carrick off the pitch and replaced them with the arguably inferior but faster Phil Jones, Jonny Evans and Tom Cleverley.

United immediately began defending several metres higher up the pitch, began closing down the opposition more and the game changed on its head, with United winning 3-2 at the end.

United need both pace and experience in defence. They already have one of the best goalkeepers in the Premier League in De Gea and an excellent deputy in Dean Henderson. That shouldn’t be your first position to fix.

United also need to think long-term about who their second centre-back will be. If Alex Tuanzebe has not impressed sufficiently, and Teden Mengi is still considered to be too young, United will need to keep an eye on the likes of Jean-Clair Todibo and make a move either this summer or the next.

Both Maguire and Lindelof are very good defenders and can have a great partnership more often than not.

But there is a formula to beat them, and you’ll see teams using it again and again. Whether it’s Skriniar or Kounde, United need an upgrade this summer.

That won’t be enough on its own – United will also need to look at adding more quality up front – and the pursuit of Jadon Sancho will definitely help in that regard.

United have become known for moving too late for players they need (e.g. Bruno Fernandes in January instead of the previous summer, delaying Sancho’s transfer by a year, not signing another central defender).

Hopefully, the club will fix this issue this summer, otherwise, another title-less season awaits.