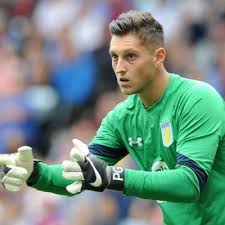 The 23-year-old spent two seasons with the clubs development system between 2012-2014 but was never able to work his way into the first team.

After leaving the Red Devils, the Italian went on to join Hellas Verona and then Aston Villa.

He went on to make 20 appearances for the Villains during the 2016-17 Championship season but after a series of inconsistent performances, they subsequently offloaded him to Atalanta.

Gollini has now blasted the United youth ranks for being a military ”regime”.

In defence of United, it can be argued that Gollini was not fit to ever play for the club at least at this point in time.

He clearly failed to show that he could even compete at Championship level. He was given opportunities to play for Villa in the second-tier but failed to make the most of it which was why they decided to offload him.

He said: “There is a kind of military regime with absurd rules,” he said. “In winter, hats, gloves, knitwear, sleeves and long trousers are forbidden.

“Fortunately, the goalkeeper can cover himself, but I saw Brazilians or Africans who died of cold.

“But that experience helped me, I became a man before time.”