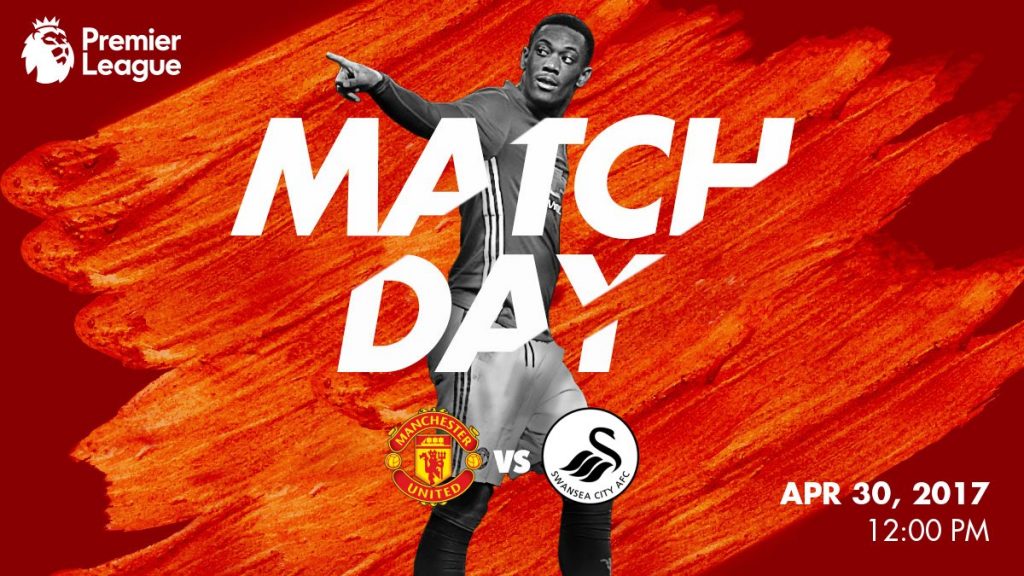 Manchester United host Swansea in the Premier League this afternoon and the Red Devils will be hoping to close the gap with Liverpool with a win.

Jose Mourinho’s men are now 24 games unbeaten in the Premier League and despite their injuries and suspensions; they will be firm favourites to take the three points here.

The home side will be without the services of Mata, Smalling, Jones, Rojo, Ibrahimovic, Fosu-Mensah, Fellaini and Pogba.

Meanwhile, Swansea ended a run of six games without a win to beat Stoke 2-0 last time out and they will be hoping for more of the same here. They have done well at Old Trafford in the past and will fancy their chances.

They have beaten United on two of their last four visits to Manchester.

Swansea will be without the services of Rangel, Dyer and Routledge for the trip to Old Trafford today.

? Here’s how we will line up against @ManUtd this afternoon…#MUNSWA pic.twitter.com/AWF1i9IKOP