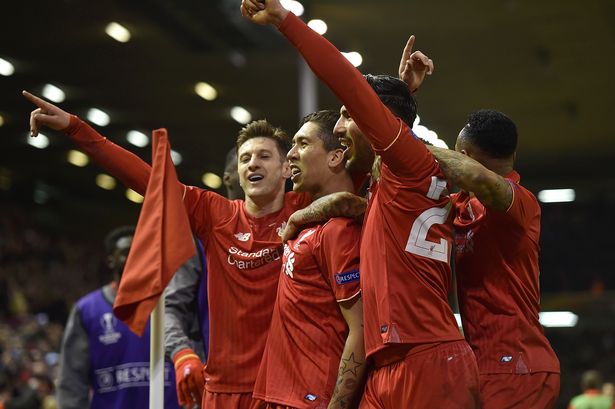 Liverpool travel to Old Trafford for the return leg of the Europa knockouts tonight.

Manchester United are 2-0 down after a defeat at Anfield last week and Louis Van Gaal will be looking to turn it around in front of the Old Trafford faithful today.

The Red Devils are plagued with injuries at the moment. Luke Shaw, Phil Jones, Will Keane and Wayne Rooney are still long-term absentees for Manchester United. Van Gaal has confirmed that the likes of Young, Valencia and Schweinsteiger are set to miss out as well despite returning to training.

Young left back Cameron Borthwick-Jackson will miss the game with an injury as well.

“For example, Young and Valencia are out for a few months so it is not so easy to come back and that you can adapt to the rhythm of this level.”

“Yeah [it’s too early for them]. Too early also for Schweinsteiger [to start]. He has played two times 10 or 15 minutes, maybe he can play 45 minutes or 30 minutes dependable on the situation also on the pitch. I cannot say in advance but I try to do that of course.”

Marouane Fellaini escaped a ban despite elbowing the Liverpool midfielder Emre Can last week and is expected to feature today as well.