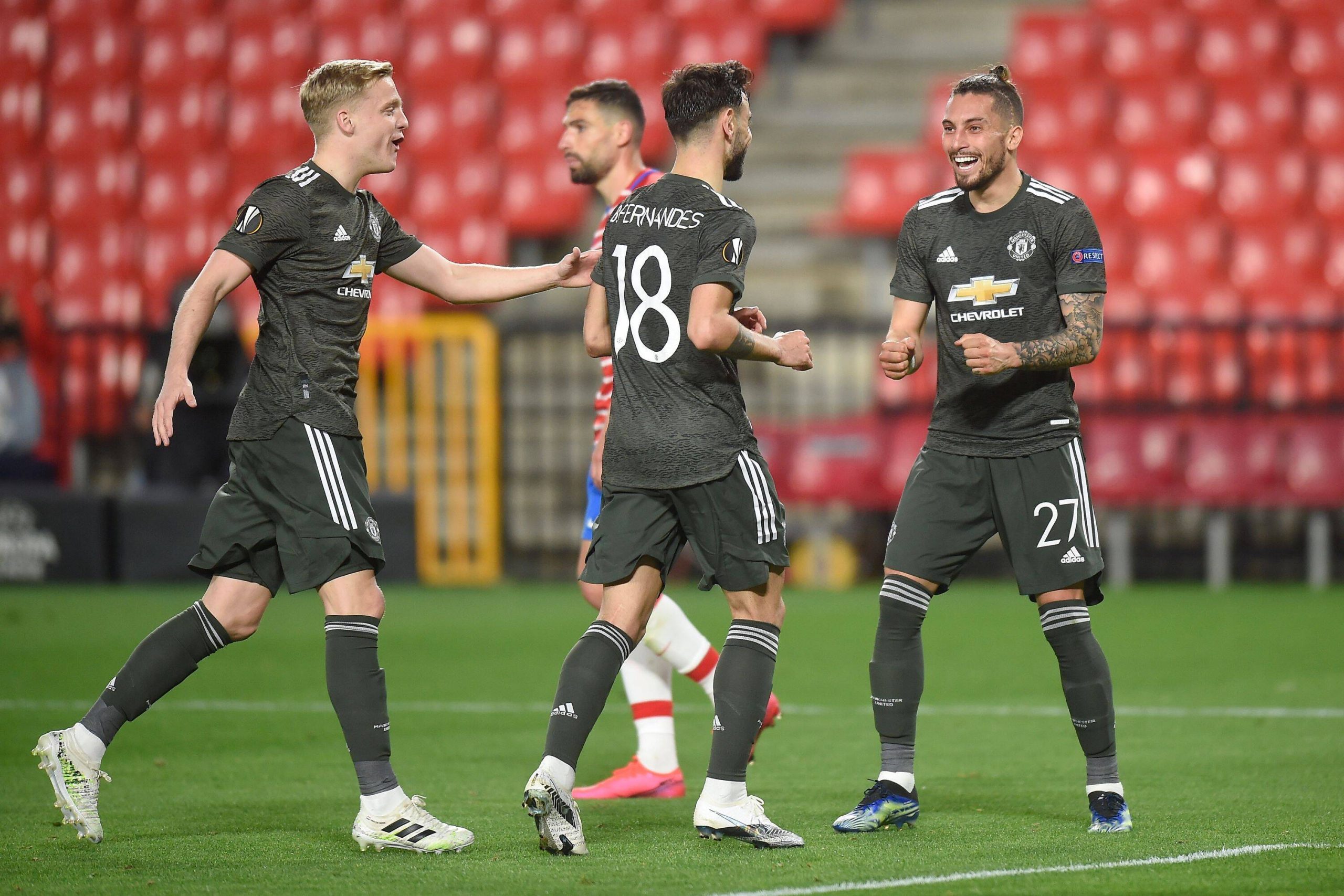 Manchester United are in a powerful position to axe European debutants Granada in their Europa League quarter-final tie after securing a 2-0 first-leg victory in Spain.

Goals from Marcus Rashford and Bruno Fernandes in the first leg last week moved United on the verge of securing a semi-final berth, which would be their first since lifting the crown in 2016/17.

Warming up for this fixture, the Red Devils performed a stunning second-half comeback to hammer Tottenham Hotspur 3-1 in their massive Premier League showdown on Sunday.

Despite seeing off Real Sociedad in this season’s Europa League round of 32, United have navigated their way past Spanish rivals in just 43.75% of their UEFA two-legged ties so far (W7, L9).

The Red Devils were winless in nine European matches on the bounce against Spanish sides before claiming a 4-1 win over La Real in the first leg of their last-32 tie.

However, Ole Gunnar Solskjaer’s men have racked up an intimidating 16-game unbeaten home streak in the Europa League (W12, D4), although they have drawn both home outings in the knockout stage this term.

On each of the 19 previous occasions that United won the first road leg of a European tie, they have gone on to reach the next round, notably winning the return leg in five of their six UEFA ties that yielded a 2-0 away first-leg success (L1).

It was also the fourth game in the Europa League proper in which the Nazaries had failed to get on the scoresheet.

If Diego Martinez’s men find the net here, they may well do it quickly, considering that four of their six goals scored in this season’s knock-outs have come within the opening 26 minutes of play.

Granada had lost five consecutive away matches in all competitions before pulling off a second-half comeback to defeat Valladolid 2-1 in La Liga last weekend.

Ten of their previous 11 competitive away games have seen over 2.5 goals and both teams score, including the last seven.