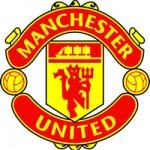 In their last five matches, Man Utd have won all five, picking up all fifteen points on offer. Man U scored nine and conceded two in these matches, as they currently sit 1st in the league, seven points clear of 2nd placed Chelsea and 3rd placed Liverpool, with a match in hand.

Manchester United will be without Wes Brown (ankle/foot), Gary Neville (calf/shin), Owen Hargreaves (knee) and Rafael (ankle/foot) for this match. 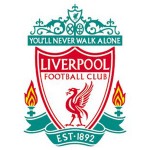 In their last five, Liverpool have won three, drawn one and lost one, earning ten points from the available fifteen. The Reds scored eight and conceded five in ths matches, and currently sit 3rd in the league – equal on points with 2nd placed Chelsea and six points clear of 4th placed Aston Villa.

Liverpool will Phllipp Degen (metatarsal) and Daniel Agger (back) in this match.

Liverpool were victorious 2-1 over Manchester United earlier this season at Anfield, but last year’s Man Utd vs Liverpool fixture saw the Red Devils victorious by a convincing 3-0 margin.

Both teams had massive midweek victories in the Champions League, but Liverpool’s incredible 4-0 demolition of Real Madrid will be the one that undoubtedly has the more effect of the two.

With their domestic title hopes floundering, the win on Tuesday proved that Liverpool undeniably still has what it takes to challenge any side – both at home and abroad – and the incredible duo of Fernando Torres and Steven Gerrard should strike fear in the hearts of even the most formidable opposition, Manchester United included.

Manchester United’s talent, form and confidence are all unquestioned at this point, with the current English, European and World Club Champions eyeing up an awe-inspiring five title wins this season. Their victory over Inter Milan on Wednesday further cemented their place at the pinnacle of world football, but their display against an unimpressive Inter side was unconvincing to say the least.

Still, Man Utd have not lost a single league match at home this season, and the fortress that is Old Trafford should prove daunting to a Liverpool side that has not beaten United here in the Premier League since April 2004. With no signs of them letting up in any of their title races this season, Manchester United will go into yet another match as favourites for victory.

But with Fernando Torres in scintillating form on Tuesday night, Liverpool will certainly not approach this fixture feeling that they have nothing to play for or no hope for victory. With the title race technically still alive, albeit barely, Liverpool will go into this match to prove a massive point that, despite their poor run of late, they still have what it takes to compete with the best of the best.

And so we are set to witness one of the matches of the season in what promises to be a glorious showdown between two of football’s greatest clubs.