Manchester United Transfers: Defenders, Midfielders and Striker on their way out? 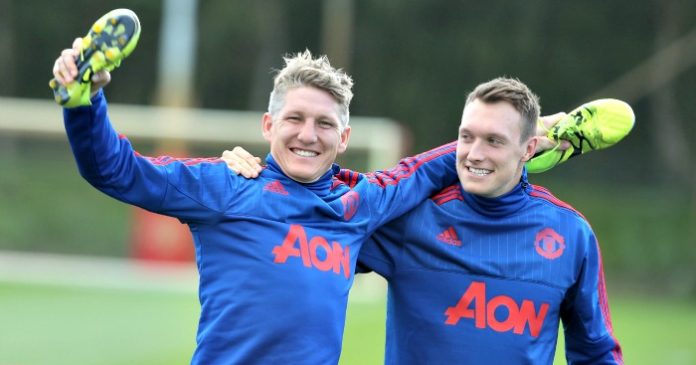 Manchester United outcast Bastian Schweinsteiger has issued a message declaring that he will not join another European club and is ready to fight for his position.

The German midfielder, who has reportedly failed to feature in Jose Mourinho’s plans at the Old Trafford outfit, has not been involved in any of Man Utd’s pre-season and competitive games so far this season.

The Man Utd boss has faced severe criticism for his treatment of Schweinsteiger but the 32-year-old has now revealed that he is ready to play if the manager provides him the opportunity.

A brief message to the amazing fans about my current situation. @ManUtd pic.twitter.com/Rf3jLKNwK4

Schweinsteiger tweeted: “MUFC will be my last club in Europe. I respect other clubs. But Manchester United was the only one which could make me leave Bayern Munich.

“I will be ready, if the team needs me. This is all I can say about my current situation. I want to thanks the fans for the amazing support over the last few weeks.”

A potential move to MLS or Chinese League now appears to be a likely destination for the former Bayern Munich star, who has two more years left on his contract with Man Utd.

Meanwhile, another Red Devils’ player who could be on the move before 31 August is England International Phil Jones.

Stoke City are hopeful of securing the signing of Man Utd defender Phil Jones by next week after Potters’ assistant manager Mark Bowen confirmed that talks have began for the transfer of the 24-year-old.

Jones, who has also reportedly attracted interest from Watford and Hull City, made only 10 league appearances last season after sustaining an ankle injury in January which ultimately ended his campaign and has also failed to feature in any of Jose Mourinho’s match day squads so far this season.

Stoke’s assistant manager Mark Bowen told Stoke Sentinel: “I remember Sam Allardyce talking about him when he broke through and said he was the new Duncan Edwards.”

“He did well as a youngster, got the big move, but it hasn’t worked out for him there. I don’t know how close we are or how far down the line it’s gone.

“I don’t know what’s gone wrong, but he’s gone from even a player Fergie [Alex Ferguson] was talking about as being someone who could have been one of the greats.

“But we have a bit of reputation for bringing players like that into this set-up and then thriving. Fingers crossed, something may happen.”

However, the Guardian claim that Jones is content to stay at Man Utd and will not join the lengthy list of players that have departed the club since Mourinho’s arrival.

Man Utd have already released midfielder Nick Powell and goalkeeper Victor Valdes after deciding not to offer new contracts to the duo.

The Black Cats have also signed Man Utd winger Adnan Januzaj on a season-long loan deal. The Belgian International flourished under Moyes’ ill-fated tenure at Old Trafford but has since failed to establish himself as a regular starter.

Wilson, 20, has signed for Derby County, while Borthwick-Jackson, 19, has joined Championship side Wolverhampton Wanderers for the rest of the 2016/17 season.

Although, English defender Tyler Blackett has left Man Utd and joined Reading on a permanent transfer. The 22-year-old has penned down a three-year contract with the Royals and will play under Man Utd legend and former defender Jaap Stam.

“I would argue he (Rooney) still has some good football ahead of him. I think he would be a great signing for MLS – 100 percent MLS would be attractive for him,” Paulson told the Mirror.

“Keeping in mind that is a very talented footballer, who has quality football ahead of him, you are not talking about a 34 or 35-year-old.

“I get excited about the impact he would have in the MLS more than a guy who is coming in later in his career.”

Rooney’s contract with Man Utd expires in 2019 and the former Everton star has been linked with a potential move to the MLS, to join the list of high-profile players who have signed for the MLS in recent years including Steven Gerrard and Frank Lampard, Andrea Pirlo, David Villa and Kaka.