Manchester United sacked their manager Louis Van Gaal on Monday and the club have been busy securing Jose Mourinho as their next manager as well as making moves for their transfer targets.

Daily Mail are reporting that Manchester United have agreed a deal with Jose Mourinho now. His agent Jorge Mendes has finalised an agreement after meeting with the club executive Ed Woodward.

The report claims that a 3-year-contract has been agreed and Mourinho will earn a total of 45 million pounds during that term at Old Trafford. Mendes met with Woodward yesterday to sort out the terms of Mourinho’s transfer.

The Portuguese manager will be officially presented by Friday. 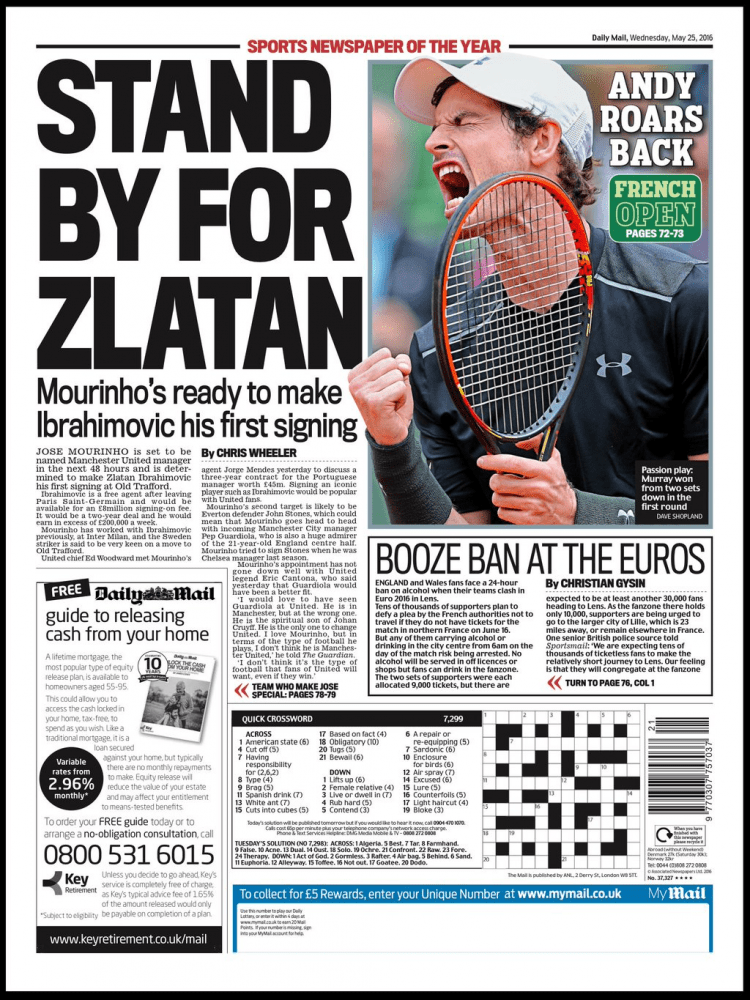 Meanwhile, it seems that Manchester United are already making moves for their transfer targets as well. Reports are also claiming that the Old Trafford outfit are ready to part with a sign on fee of 8 million pounds and weekly wages of 250,000 pounds for the Swedish striker. It will be a two year contract for the PSG striker.

Furthermore, Mourinho will also take on Manchester City for the services of John Stones. He submitted several offers for the Everton star whilst at Chelsea and wants to sign him at Manchester United as well.

Daily Mail add that Mourinho will have a transfer warchest of around 200 million pounds.