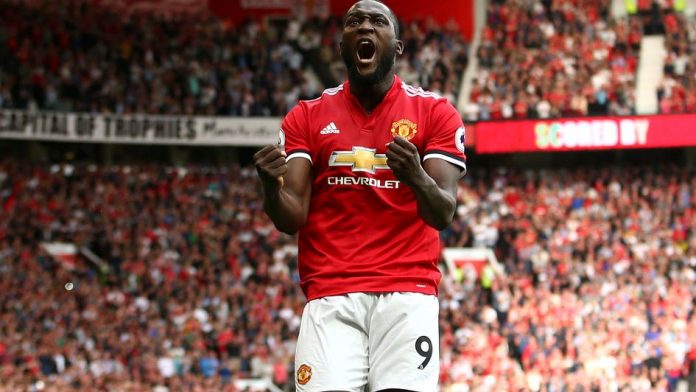 Early results show that Manchester United fans had a reason to feel elated by the Romelu Lukaku transfer.  Through the first 8 matchdays of the season, Lukaku sits at the top of the Most Valuable Offensive Players (MVOP) rankings. 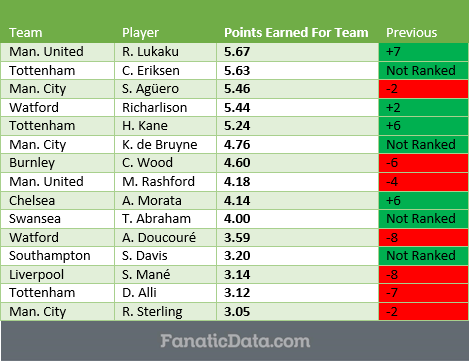 Lukaku is averaging 0.71 points per match for Manchester United and is on pace to earn 27 points this season.  That amount would break Jamie Vardy’s record of 23.5 points earned 2 seasons ago.  It will be exciting to see if Lukaku can keep up this torrid pace for his side.

Following Lukaku in the standings is Tottenham midfielder Christian Eriksen.  The Danish player has formed a remarkable offensive rapport with teammates Harry Kane and Dele Alli.  As a result, Tottenham is one of two teams to feature three players in the top 15.  The other team to do so is league leader Manchester City.  It wouldn’t come as a shock if City has 4 players in the top 15 the next time we post the rankings as Gabriel Jesus continues to rise. 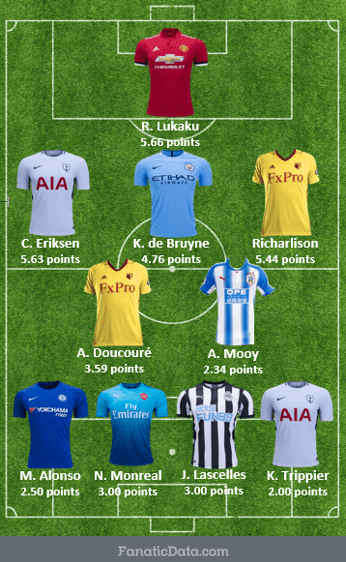 One would not have likely come close to predicting the current most valuable starting squad at the beginning of the season.  In particular, it is impressive to see last season’s bottom-dweller, Watford, represented by two players in the squad.  Overall, 6 players managed to cling onto their spots in the starting squad since Matchday 4.  While Manchester United, Arsenal and Manchester City managed to get represented for the first time this season.