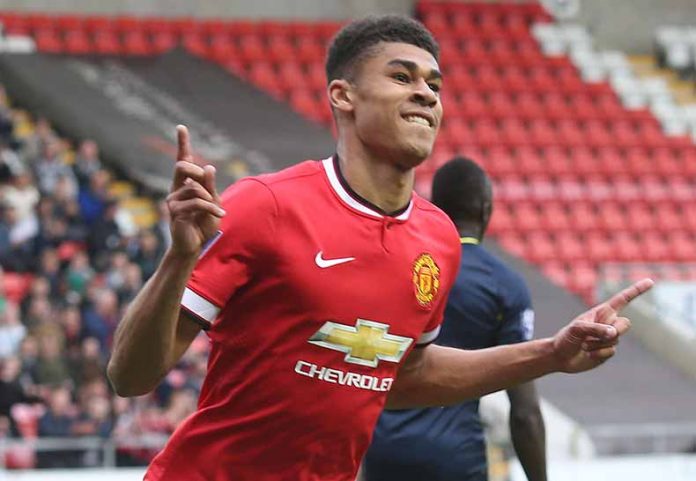 Manchester United have confirmed that young striker Ashley Fletcher has joined Barnsley on a one month loan deal.

Good luck to #mufc youngster Ashley Fletcher, who has joined Barnsley on loan for a month. pic.twitter.com/A9sRScddCy

The highly rated young forward was tipped to make his senior debut at Old Trafford earlier this season but now it seems that he will head out to the League One side in search of regular first team football.

Fletcher will be a Barnsley player until February 6 and could make his debut against Fleetwood on Saturday.

Fletcher joins Sam Johnstone on the list of Manchester United players loaned out this month.

The young goalkeeper also joined Preston earlier and both players are expected to continue their development with regular football under their belt.

Meanwhile, Louis Van Gaal has cancelled Adnan Januzaj’s loan spell at Borussia Dortmund and the Belgian winger will join up with the Manchester United squad soon.

The young winger had an unsuccessful loan spell in Germany and will now return due to the lack of considerable first team action.