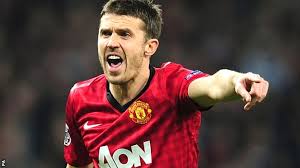 Manchester United star Michael Carrick is reportedly set to be offered a new one year deal with Louis van Gaal and Ryan Giggs big fans of the midfielder.

But with Carrick turning 34 at the end of the season and having numerous injury problems over recent seasons would the Dutch boss been better off letting the England man leave in the summer when his deal expires?

Carrick is currently out of action with a calf injury having already missed a substantial section of the season after suffering a long term ankle injury that kept him out of the team until November.

Carrick earns £130,000 a week and according to the Mail will be offered the same again with the new contract. But with his age, injury problems and the fact Van Gaal has stated that a new midfielder is a priority in the summer, is it a good move for the club?

If the club do want to keep Carrick, should he not be offered reduced terms in line with his contribution in recent seasons?