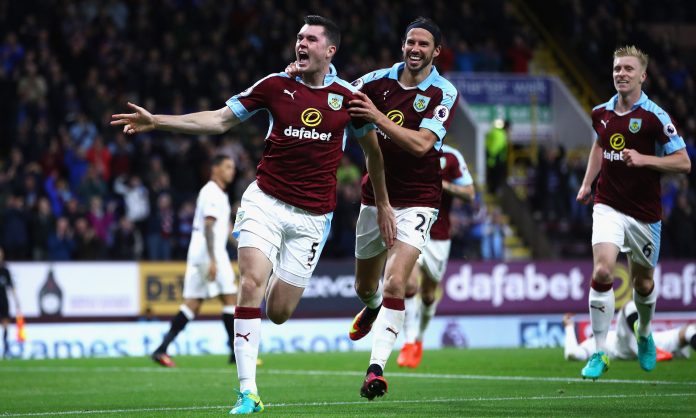 Manchester United are expected to sign the Burnley defender Michael Keane at the end of this season.

The 24-year-old centre-back has been linked with Liverpool as well but Daily Mail are reporting that the Red Devils are clear favourites to sign the Premier League star. Earlier this month, Daily Mirror reported that the player has agreed personal terms with Liverpool.

Keane has had a sensational season with Burnley and is considered as one of the best defenders in the league right now. Jose Mourinho’s men are in desperate need of another centre back and the Burnley man would be the ideal addition.

The English defender signed for Burnley in 2015 for a fee of £2m and the Red Devils are willing to bring him back to Old Trafford now. Keane is a boyhood Manchester United fan and the report from Daily Mail states that the player himself is desperate for a return.

Keane is currently valued at £25million but that should not be a problem for Manchester United. The Premier League giants can sign him for a discounted price due to a 25-percent sell on clause.

The Burnley star is seeking assurances that he will play more than 30 matches in a season and he is expected to replace Chris Smalling at the heart of Manchester United’s defence. The former Fulham defender is struggling to adapt to Mourinho’s methods and has been criticised publicly by the manager.