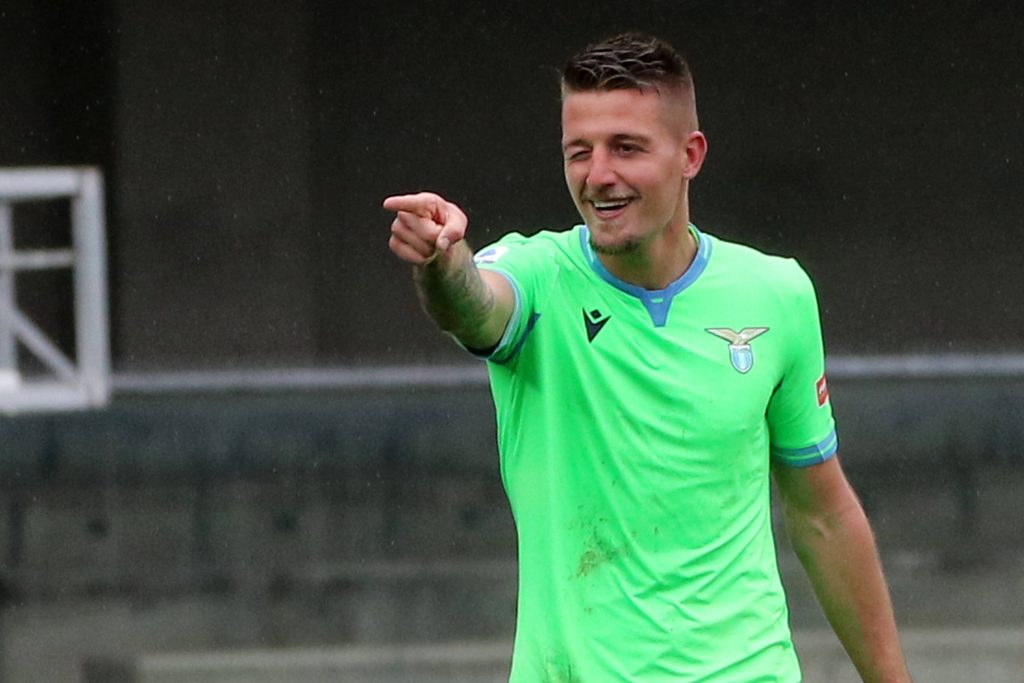 The Red Devils were heavily linked with the Serbian star in the summer of 2019, and it was claimed that the club had agreed a five-year deal with the midfielder.

On top of this, it was claimed that the Red Devils would pay an initial €75 million for the midfielder with a remaining €15m to be settled in the form of add-ons.

However, nothing materialised, but it is now reported that the Red Devils could be back in the hunt to sign the box-to-box midfielder.

The 26-year-old has been with Lazio for six seasons, but he appears likely to push for an exit if the Serie A club fail to qualify for the Champions League.

Milinkovic-Savic has been one of the Serie’s best-performing midfielders in recent years, and he has seven goals and nine assists in 26 outings this term.

The Serbian has also impressed with his defensive work, with nearly two tackles and four aerial duels won per game.

United don’t necessarily need a new midfielder this summer, but their stance may change if Paul Pogba heads through the exit door.

The Frenchman has recently found form with the Red Devils, but his future remains uncertain with his deal expiring in 14 months.

Milinkovic-Savic can be regarded as a like-for-like replacement, but he won’t come on the cheap. He is valued at around €70m by Transfermarkt.