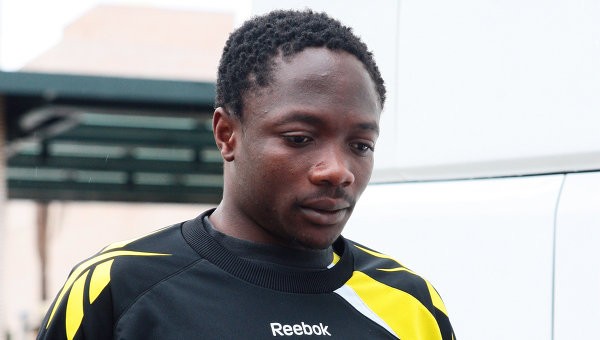 Premier League leaders Leicester City are interested in CSKA Moscow’s Ahmed Musa, but the Foxes are anticipating stiff competition for his signature from Manchester United.

According to Nigerian magazine Sky Sports (via SportWitness) Manchester United have opened talks with Musa’s representatives.

Leicester are favourites to sign the 23-year-old forward despite having a £15m bid turned down already. CSKA are demanding a fee in the region of £18m.

Musa has scored 10 goals and assisted three times in all competitions this season, and he is versatile enough to play as a centre-forward or wide on the left.

Manchester United have faced him twice this season, when they met CSKA in the Champions League group stage. Musa didn’t score on either occasion, but he caught the attention of football pundits thanks to his electric pace.

The Nigerian captain is a highly talented young player who could bring pace and versatility to Old Trafford, something United need desperately.