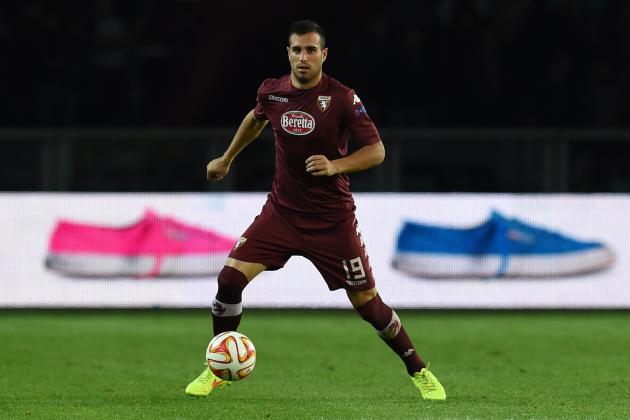 Manchester United are emerging as strong favourites to sign Serbian defender Nikola Maksimovic, according to reports in Italy.

The 24-year-old Torino defender is almost certain to leave the Serie A club next summer. He joined the club from Red Star Belgrade in 2013, and has made over 70 appearances in the past three seasons.

The Serbian international is primarily a central defender but he is capable of playing as a defensive midfielder as well. In his home country, he is often compared with Nemanja Vidic, the former Manchester United skipper, because of similar playing styles.

Serie A giants Napoli are thought to be interested in signing him. They have already made several contacts and are likely to make a move in the summer as well.

However, the Partenopei are losing ground / have lost ground (in recent meetings) in the race to sign him, per the ever-reliable Gianluca di Marzio.

According to reports from TMW, Manchester United are emerging as strong favourites for his signature. The Red Devils hold a good relationship with Torino, having signed Matteo Darmian from the Serie A club last summer.

United are in a leading position to sign Maksimovic, and chances are high that the player would make a move to the Premier League in the summer.

German tabloid Bild reckons that Bundesliga club Bayer Leverkusen would struggle to keep hold of their star players next summer. Despite some dazzling individual performances, Bayer as a unit have struggled for consistency, as a result have dropped off the pace in the league.

In that long list put up by Bild, they mention that star winger Karim Bellarabi is being watched by several top Premier League clubs, including Manchester United.

The Red Devils are also seemingly interested in Omar Toprak, and Hakan Calhanoglu.

The German market is a good catchment-area for talented young European players, and big clubs would certainly be interested in adding one or two players from Leverkusen, should they fail to qualify for UCL next season.