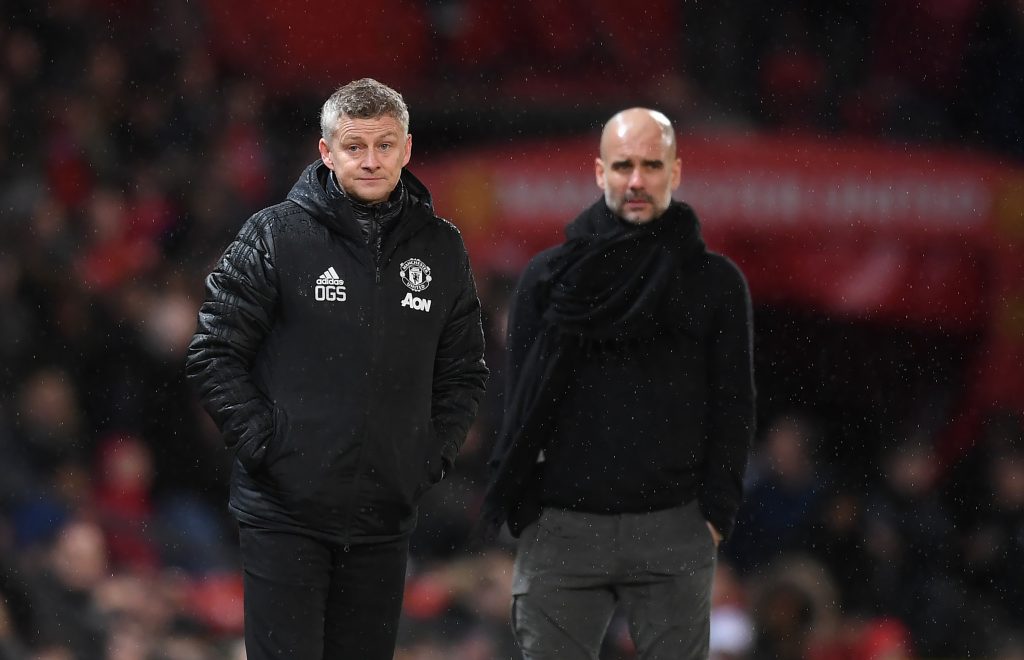 The eyes of the football world will be on the Manchester derby this weekend as United and City go head-to-head in the Premier League.

The two teams have endured mixed fortunes this season and both will be eager to make a statement against their local rivals.

Both sides have moved onto the fringes of the top four after a slow start to the campaign and a win for either on Saturday would keep them in touch with the leading teams.

Read on as we take a closer look at some of the major talking points ahead of the game and predict who we think will emerge victorious at Old Trafford.

Solskjaer Under the Cosh

United have been inconsistent throughout the current campaign and they desperately need to pick up a positive result this weekend.

Four successive league wins had fired the Red Devils up the table, but defeats against Paris Saint-Germain and RB Leipzig sent them tumbling out of the Champions League.

Manager Ole Gunnar Solskjaer’s lack of tactical acumen remains an issue and he will come under increased pressure if United are beaten by City.

Their late rally against Leipzig failed to mask what was a dismal night for the club and they can ill-afford a repeat of that performance on Saturday.

City Yet to Fully Convince

City’s form this term has also been unconvincing, although a victory at Old Trafford would be the perfect way to send out a message to their rivals.

They head into the game just one point behind United, but they are yet to prove that they can be considered serious title contenders.

Defeats against Leicester City and Tottenham Hotspur highlighted their vulnerabilities and it will be interesting to see if United can take advantage.

City have comfortably defeated Burnley and Fulham in their last two games, but United should provide a much sterner examination.

For a supposedly world-class player, Paul Pogba has failed to live up to expectations during his second spell at Old Trafford.

A half-decent goal against West Ham United last weekend highlighted his ability, but it was also the catalyst for agent Mino Raiola to resurface.

Raiola has once again been angling for a move for Pogba and his comments were undoubtedly an unwanted distraction ahead of the Leipzig game.

It is about time that someone at United dealt with the issue by either bringing Pogba into line or sticking him in the stands and leaving him there.

City’s victory over Fulham last weekend was the first time that they have won back-to-back league matches this term and provided them with a useful platform to build from.

While beating the likes of Burnley and Fulham was not unexpected, the manner of each performance suggests that City are beginning to rediscover their best form.

Kevin De Bruyne was imperious during both matches and City fans will be hoping that he continues in the same vein against United.

With Sergio Aguero also close to returning from injury, another title challenge from Guardiola’s side could well be on the cards.

United won both Premier League meetings with City last season, triumphing 2-1 at the Etihad Stadium and 2-0 back on home soil.

However, they have picked up just four points from their five home matches this season, scoring just three goals in those games.

City have won two and drawn two of their five outings on the road, and have recorded victories in six of their last nine visits to Old Trafford in the league.

With things beginning to click into place for City, they are fancied to secure a narrow victory this weekend.