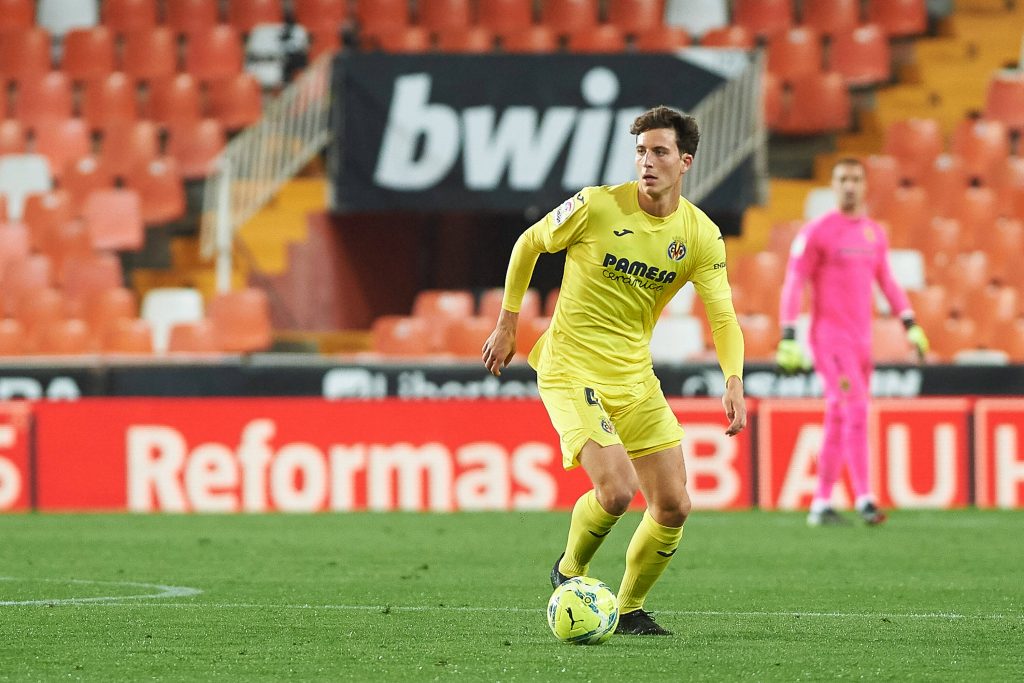 Manchester United and Manchester City are among the clubs interested in signing Villarreal centre-back Pau Torres in the next transfer window, Manchester Evening News reports.

The Spain international graduated through the youth ranks of the La Liga outfit, and he has made 74 appearances in all competitions for the club to date.

The 24-year-old has been regularly linked with a move away from the Yellow Submarines in the past, and it is now reported that he is on the radar of United and City.

United head coach Ole Gunnar Solskjaer wants a left-footed centre-back in the squad, and Torres appears to fit their requirements.

City manager Pep Guardiola is aiming to bolster his central defensive options and wants another addition in the department this summer.

Harry Maguire has been United’s main man at the heart of the defence, and he has been partnered by either Victor Lindelof or Eric Bailly this term.

Lindelof has been criticised for his poor positioning in certain games, while Bailly’s main concern has been his injury record over the years.

Solskjaer wants a left-footed defender to accompany Maguire, and Torres could be an ideal option with his solid passing abilities and good aerial presence.

City have a couple of left-footed centre-backs in the squad in Nathan Ake and Aymeric Laporte, but neither are guaranteed starters.

Guardiola has gone with Ruben Dias and John Stones as the preferred pairing, and the right-footed duo have been superb over the course of the campaign.

Laporte recently hinted that he might assess his future based on the playing time, and Torres may be earmarked as a replacement for the Frenchman.

Considering this, United are a more suitable destination for Torres, given he may have the assurance of a regular starting role in the Premier League.

Torres, who has more than three years remaining in his Villarreal contract, is valued at around £45 million by Transfermarkt.

In other news, some Manchester United fans have reacted to injury boost for 23-year-old forward.