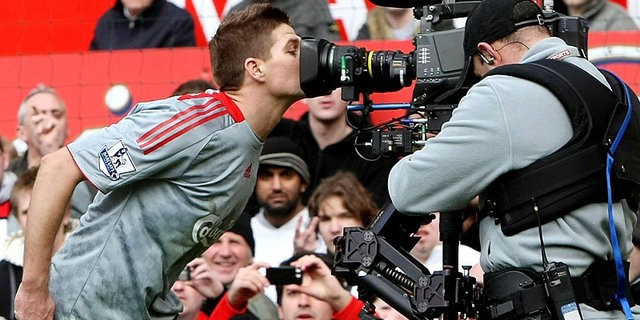 Traditionally this fixture is one of the most anticipated fixtures for any football fans in England and across the globe. Despite Sir Alex Ferguson stepping down as manager and no Luis Suarez to spark a controversy this time around, the fixture still retains a spiky edge that makes it one of the most entertaining spectacles for both sets of supporters as well as the neutrals.

Generally, this fixture has a reputation of going nasty as the game progresses. Apart from the Merseyside derby, this fixture has produced more number of Red Cards (14) than any other fixtures in the Premier League. And on Sunday, it promises to be yet another feisty affair, as Liverpool have started their campaign brilliantly, winning three matches on the trot including an explosive Capital one cup affair.

The onus is on Brendan Rodgers, the Liverpool manager to ensure the Reds make three wins out of three – the last time that happened was in 1994/95 when Roy Evans was in charge.

Manchester United are enjoying some rich vein of away form as well, unbeaten in all of their last 13 Premier League away games – the longest current run in the competition. However, focus will be on David Moyes, who has won only three games against Liverpool in 22 league meetings, and is yet to register a victory at Anfield.

Liverpool have received a set-back after new summer signings Kolo Toure and Aly Cissokho, both picked up injuries in the last match against Notts County and are sure to miss this tie. Likewise, midfielder Joe Allen would miss the game too after picking up a hamstring injury. Martin Skrtel was troubled with a knee problem but the Slovakian should be fine to face the Red Devils.

It seems Wayne Rooney’s saga is now finally over and the striker is set to stay at Old Trafford. The England international was brilliant against Chelsea in the last match and is expected to continue behind Robin van Persie. Rafael and Javier Hernandez will still miss out with hamstring problems while Nani is sidelined with groin injury. 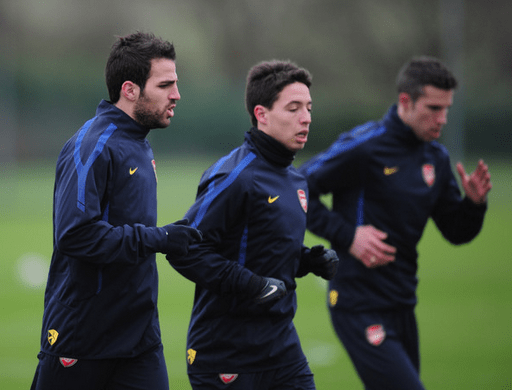 Van Persie has time and again proven to be the nemesis of Liverpool. The Dutchman has scored four times in his last three Premier League appearances against the Reds (twice for Arsenal included). He has been in fine form this season too, having netted a brace against Swansea in the opening match.

For Liverpool, January signing Daniel Sturridge holds the key. The Englishman has scored four goals in three matches so far including a brace against Notts County and has scored 15 goals in his 19 appearances in all competitions for Liverpool. He was terrific against Aston Villa and Rodgers would be hoping for more of the same against arch-rivals United on Sunday as well. (Figures taken from Four Four Two Stat Zone)

In 160 league matches played between English football’s historically two most successful clubs, Liverpool have won 53 times, while United have registered 63 victories and 44 of those matches have ended in draws.

Last time United won 2-1 at Anfield, where Van Persie scored a late penalty to break Liverpool’s 10-men resistance, after now-departed Jonjo Shelvey was given marching orders in the first half. That was United’s first win at Anfield in six visits in all competitions.

What’s your score prediction for the game? Share your views below