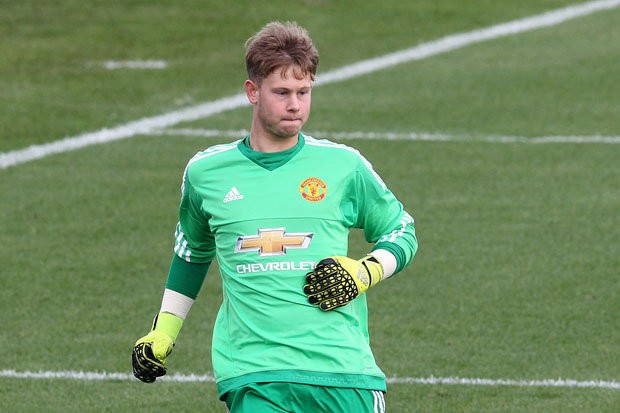 Manchester United have agreed on a deal to send their young keeper George Dorrington to the Championship club Huddersfield on trial.

The highly talented 18-year-old goalkeeper played for Huddersfield’s Under-21 side against Cardiff and guided his team to a 2-1 win last week.

The Manchester United keeper also played against Coventry this week and could be signed up permanently by the club this summer according to Daily Star.

Huddersfield chairman Dean Hoyle has confirmed that the club are looking to sign two keepers during the summer transfer window after the injury to Huddersfield’s first choice keeper Joe Murphy.

Murphy is set to miss the start of next season after undergoing shoulder surgery and the Manchester United keeper is expected to be his replacement.

George Dorrington is an academy product of Manchester United and the young keeper from Bristol has been at Old Trafford for quite some time.

Although he failed to make a single senior appearance for the Premier League giants, he did make two appearances in the UEFA Youth League earlier this season. Dorrington was previously loaned out to Newcastle United’s Under-18s, but he failed to make his mark due to plenty of competition.

Manchester United academy coach Alan Fettis has described Dorrington as someone who can distribute well from the back and adds a good physical presence to his side.