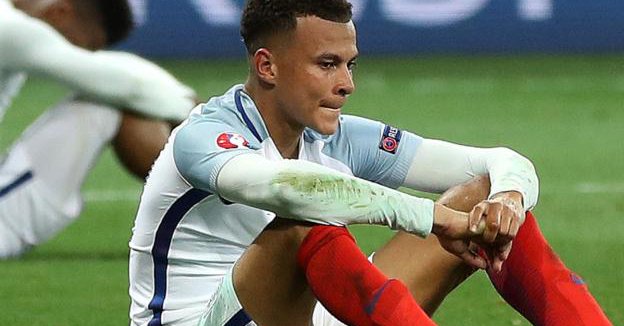 Manchester United have reportedly joined the race to sign Tottenham‘s highly rated midfielder, Dele Alli, next summer, but Spurs will not sell their prized asset at any price.

Real Madrid have also registered an interest in signing the England international, with reports from Spain claiming that Los Blancos are aiming to make Alli their next Galáctico. The European champions are currently serving a one-window transfer ban, but are eligible to sign players again from next summer.

According to reports from the Daily Mail, both Alli and Harry Kane (another reported Manchester United target) are happy in north London, and the club will not entertain offers for them.

Alli signed a six-year contract with Spurs in September, worth nearly £60,000-a-week, while Kane has also penned a new deal this season. Maurcio Pochettino, the Spurs manager, rates Alli very highly, and claimed that the 20-year-old has the potential to be among the best players in Europe in the future. Any potential club will have to pay in excess of £50m for the midfielder, but Spurs are not looking to sell under any price.

In his debut season at Spurs, Alli scored 10 goals and won the PFA young player of the year award for his outstanding performances. This season, he has been in terrific form as well scoring eight Premier League goals already, including successive Premier League braces in away wins over Southampton and Watford.

Both Alli and Kane are immensely talented, and are valuable assets for their club and country. The duo played a key role last season, as Spurs mounted a serious title challenge for the first time in many years. If Tottenham are to establish themselves as a major force in the Premier League and in Europe, they need the services of both Kane and Alli for years to come. What remains to be seen here is how Spurs deal with the pressure, and whether they are forced into offering another mega contract offer to Alli.