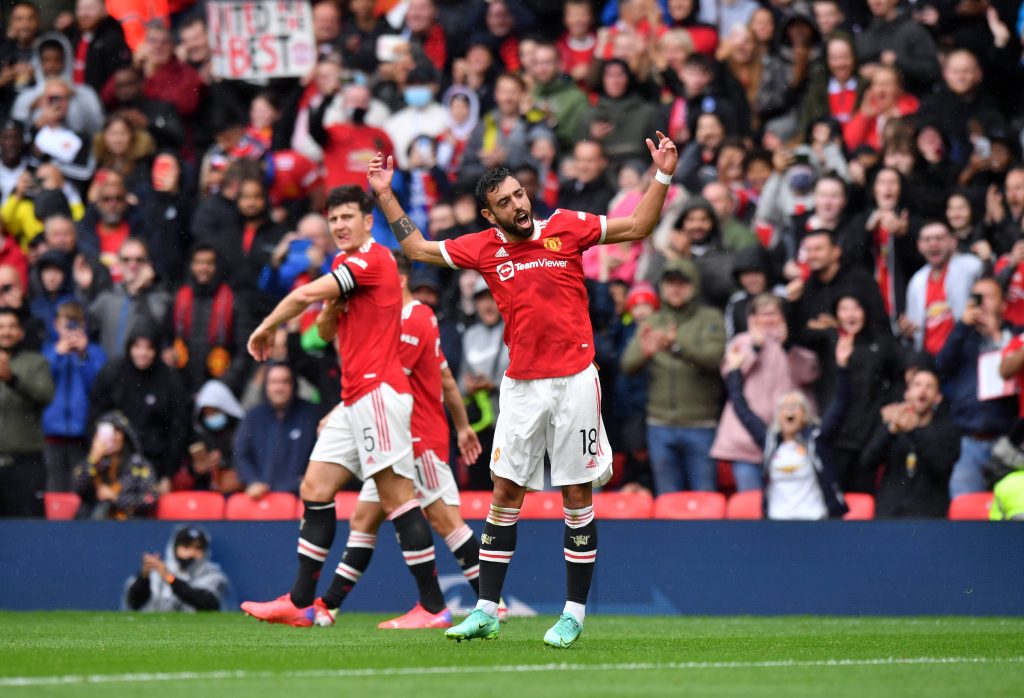 A selection of Manchester United fans on Twitter heaped praise on Bruno Fernandes following his sublime display against Everton on Saturday.

The Portuguese recently returned to training after his delayed vacation due to European Championship duty. He continued from where he left off last season against the Toffees.

Fernandes looked his old self as he pressed aggressively and demanded the ball. He also bagged a sublime free-kick in his 45-minute appearance.

The Red Devils sealed a comfortable 4-0 win at Old Trafford. Some United fans were delighted with the response from Fernandes in his first pre-season outing.

BRUNO FERNANDES WITH A 20 YARD PENALTY WE ARE REALLY BACKKK

Bruno Fernandes has normalised this level of consistency — honestly I have no words to describe him anymore, Magnifico.

That was incredible from Bruno Fernandes, what a goal.

Fernandes had a sensational 2020/21 campaign for the Red Devils, registering 28 goals and 17 assists from 58 appearances in all competitions.

He was almost ever-present for the club, which did hamper his performances towards the end of the campaign where there were signs of fatigue.

Portugal’s early exit from Euro 2020 was probably a blessing in disguise for United. The 26-year-old looks in fine shape ahead of the new Premier League campaign.

The Red Devils are looking to mount a serious title challenge this term, and they have already boosted their ranks with Jadon Sancho and Raphael Varane.

Sancho will provide the much-needed creativity from the right-wing, while Varane should solidify their defensive displays alongside Harry Maguire.

United fans will have to wait to catch a glimpse of the duo. Sancho will only return to training next week while Varane is under quarantine.