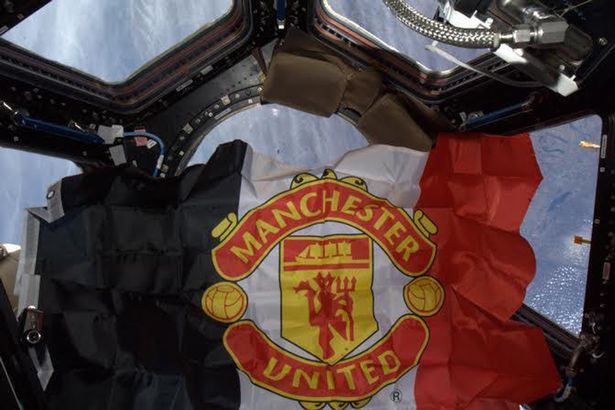 NASA astronauts should earn a special place in the Manchester United’s history book for flying the club banner around the Universe.

Manchester United are now not only top of the league, but are top of the Universe as well, thanks to a Russian Red Devil.

Alexy Yakolev, who lives in the Chkalovsky region of Moscow, passed the Manchester United flag to NASA astronaut Steve Swanson, who flew the flag while the craft orbited the Earth.

Excerpt from The Mirror:

Speaking to Red News fanzine, Yakovlev said: “I decided to send the MUFC flag to bring some space energy to the club.

“I am very proud of what I did because United means a lot to me. We’ve waved our flag up in space – nobody can make it any higher!”.

A special certificate of authenticity was sent to Yakovlev to confirm the flag was flown on ISS expeditions 39 and 40 aboard the Soyuz TMA-12M spacecraft.

Yakovlev intends to present the flag when United visit Moscow to face CSKA in their next Champions League game later this month.