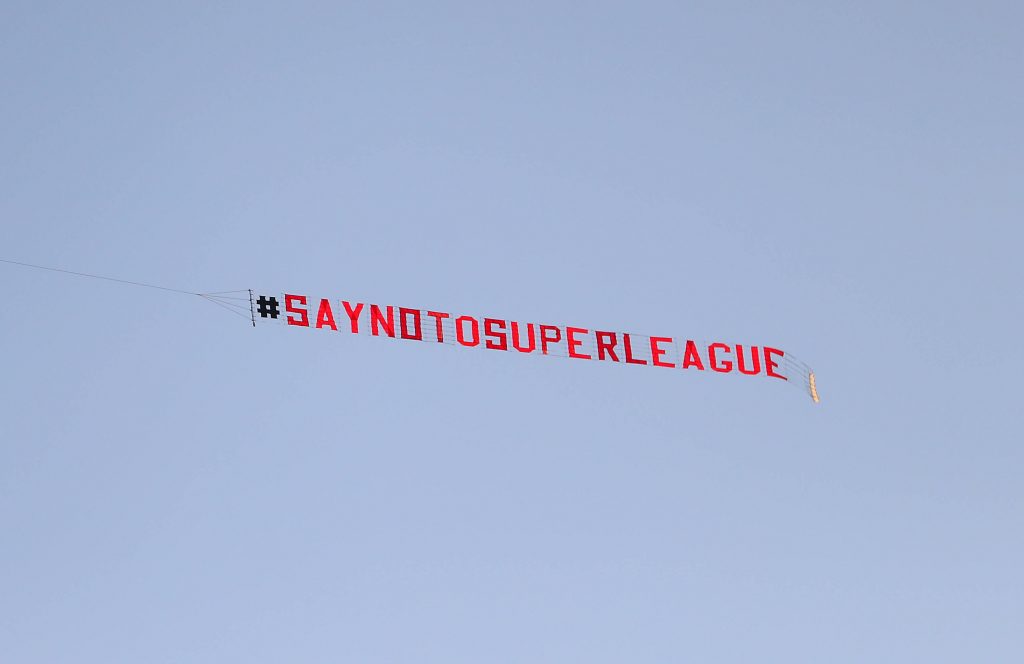 According to talkSPORT’s Alex Crook, Manchester United fans plan to fly a plane over Elland Road today as part of their ‘GlazersOut’ campaign.

Am told #MUFC fans plan to fly a plane over Elland Road today as part of their #GlazersOut campaign. Multiple supporters groups have joined together to stage the protest @talkSPORT

Leeds United host the Red Devils this afternoon, and multiple supporters groups have joined together to stage a protest against their owners.

Man Utd were part of the six Premier League clubs that joined the breakaway European Super League (ESL) that has since collapsed.

The Red Devils fans want the Glazers family out of the Old Trafford outfit and have already staged a massive protest outside their stadium.

Leeds also made their stance against the ESL known a few days ago, wearing shirts that bore the slogan “Champions League: Earn it” on the front and “Football is for the fans” on the reverse for their pre-game warm-up against Liverpool on Monday.

The club also left the shirts in front of each locker in the away dressing room so that Liverpool’s players and staff members saw them.

However, the Premier League defending champions refused to wear them, with an angry Jurgen Klopp dubbing them ‘a real joke’.

Atletico Madrid, Barcelona, Real Madrid, Juventus, AC Milan and Inter Milan were the other founding members of the ill-fated breakaway.

In other news, 17-year-old striker training with Leeds first-team ahead of Man Utd clash.