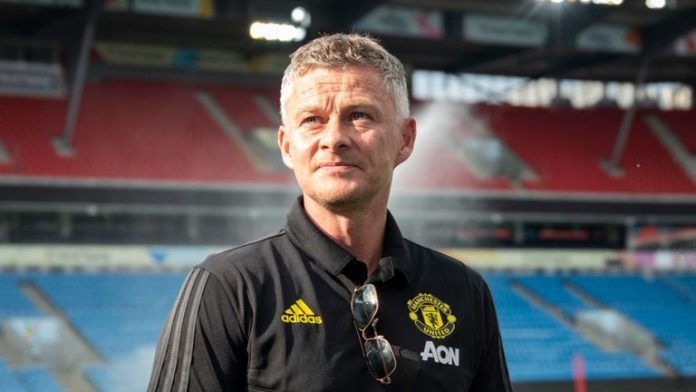 Manchester United travel to face Leicester City on Sunday with a place in the 2020/21 Champions League up for grabs.

The Red Devils head into the game third in the Premier League and are guaranteed a top four place if they can avoid defeat at the King Power Stadium.

However, with just one point separating United, Chelsea and Leicester heading into the final weekend, there is little margin for error.

The bookmakers listed at https://realfootball365.com/ rate United as 5/4 favourites to pick up three points at Leicester and that looks to be a fair assessment of their chances.

A 13-game unbeaten run has put them on the cusp of finishing third in the league – an outcome that looked highly improbable after a 2-0 defeat at home to Burnley back in January.

By contrast, Leicester have won just four of their last 16 league games to drop out of the top four at just the wrong time.

Despite their recent run of form, a draw would be enough for the Foxes to qualify for the Champions League if Chelsea failed to pick up a point at home to Wolverhampton Wanderers.

United could be without Eric Bailly for the trip to Leicester, with the defender likely to be ruled out after suffering a nasty head injury during the FA Cup semi-final defeat to Chelsea last weekend.

Phil Jones and Axel Tuanzebe also remain on the sidelines, leaving manager Ole Gunnar Solskjaer relying on Harry Maguire and Victor Lindelof to keep things tight at the back.

David de Gea and Paul Pogba are both expected to retain their places in the starting XI, despite coming in for plenty of criticism over their recent performances.

Caglar Soyuncu will miss out for the home team due to suspension, while James Maddison, Ben Chilwell and Ricardo Pereira are all still struggling with their respective injuries.

There was little to choose between the two sides when they met at Old Trafford earlier in the season, with Marcus Rashford’s penalty securing a 1-0 victory for United.

Rashford was unfortunate not to double his tally after the break, with his wonderful long-range free-kick rattling off the frame of the goal.

Maguire was given a torrid time by Leicester’s travelling fans, but he will be spared the same treatment with Sunday’s game being staged behind closed doors.

The defender will need to be on his toes this weekend, particularly with Jamie Vardy eager to add to his 23-goal tally for the campaign.

The 33-year-old is two in front of Southampton’s Danny Ings in the race for the Golden Boot, with Arsenal star Pierre-Emerick Aubameyang a further goal adrift in third place.

Vardy hasn’t scored in his last two league outings for the Foxes and could be worth an interest to get on the scoresheet this weekend.

Prediction: With so much resting on Sunday’s game it is likely to be a tense affair, meaning that a draw at odds of 12/5 is probably the most likely outcome.