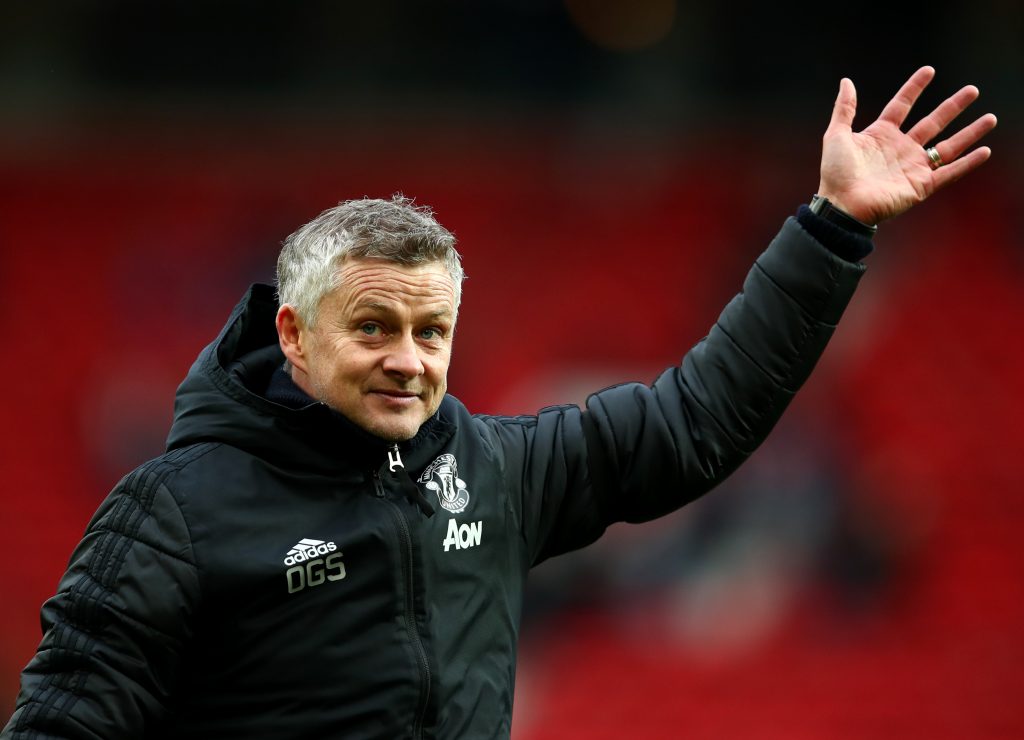 Manchester United travel to Everton on Sunday aiming to boost their chances of securing a top four place in the Premier League.

United’s 3-0 victory over Watford last weekend moved them up to fifth in the standings, three points behind Chelsea with 11 games remaining.

Returning to the Champions League is hugely important to United and they will be eager to overhaul the Blues on the run-in.

Grabbing a place in the top four would remove any uncertainty for United regarding Europe next season, with Manchester City’s position still unclear.

City have appealed to the Court of Arbitration against their two-season ban from European football, meaning that the team who finish fifth may not end up in the Champions League.

United will be without Paul Pogba and Marcus Rashford for the trip to Goodison Park, but most of their other main injury worries have eased. Scott McTominay returned from a two-month absence during the win over Watford and should retain his place in the squad.

Everton boss Carlo Ancelotti made five changes to his starting XI for last week’s 3-2 defeat at Arsenal and could shuffle his pack again on Sunday.

Andre Gomes is pushing for a recall after returning off the bench at the Emirates Stadium, while Lucas Digne should also be fit.

United will be keen to continue their recent good form in the Premier League having picked up seven points from their last three matches.

However, they will need to avoid a repeat of last season’s performance at Everton if they are to take anything from this weekend’s game.

The Red Devils turned in an abject display as Everton romped to an impressive 4-0 victory, with Richarlison, Gylfi Sigurdsson, Digne and Theo Walcott getting the goals.

United generally have a decent record against Everton, with that result their only defeat in their last 10 meetings with the Toffees in all competitions.

The game kicks-off a tricky run of fixtures for United as they strive to secure a place in next season’s Champions League.

They face Manchester City (H), Tottenham Hotspur (A) and Sheffield United (H) during March in a run of games that could prove pivotal to their hopes.

Their subsequent fixtures all look winnable, with their match at Leicester City on the final day likely to be the toughest test they will face.

With Chelsea facing a tricky looking trip to Bournemouth, the Red Devils could find themselves in the top four this weekend.

Whether they could stay there is an entirely different matter, but three points at Goodison would be a great way to start the final stretch.