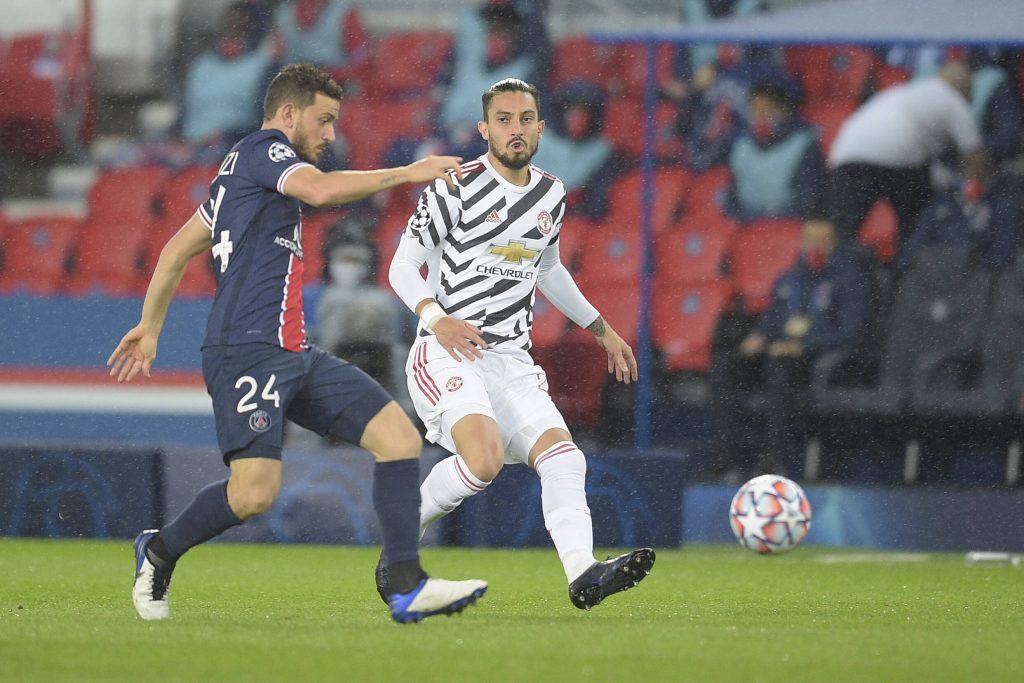 Manchester United defender Alex Telles has tested positive for coronavirus, and he will now self-isolate, Ole Gunnar Solskjaer has confirmed.

Telles, who joined in the summer transfer window from Portuguese club Porto for a reported fee of £15.4m, will now miss Manchester United’s clash against Arsenal on Sunday.

The 27-year-old is yet to make a Premier League appearance for the club. The Brazilian made a superb debut during United’s 2-1 win against Paris Saint-Germain in the Champions League.

However, he was surprisingly omitted from the squad against Chelsea with Luke Shaw playing instead of him during United’s 0-0 draw in the Premier League.

He was also not part of the matchday squad for United’s emphatic 5-0 Champions League win over RB Leipzig, with fans speculating that he may have suffered an injury setback.

“Telles has tested positive for coronavirus so he’s been out for a few days,” Solskjaer said. “No symptoms though, so he’ll be fine. Back soon.”

Now, United boss Solskjaer confirmed on Wednesday that Telles has tested positive for COVID-19. Although he has no symptoms at the moment, the former Galatasaray defender will need to quarantine himself to prevent the spread of the disease.

Telles has become the second United player to have picked up the contagious disease after Paul Pogba contacting the virus whilst on international duty with France.

As a result, Telles will now definitely miss the game against Arsenal. United would be looking to carry forward their winning momentum when they face the Gunners, but missing Telles will be a blow for the Red Devils.

United have been very impressive in European games so far, but they’ve struggled to replicate that form in the Premier League.

The Red Devils currently sit 15th in the Premier League table after collecting just seven points from their opening five games, and they should be aiming to pick up maximum points against the Gunners.