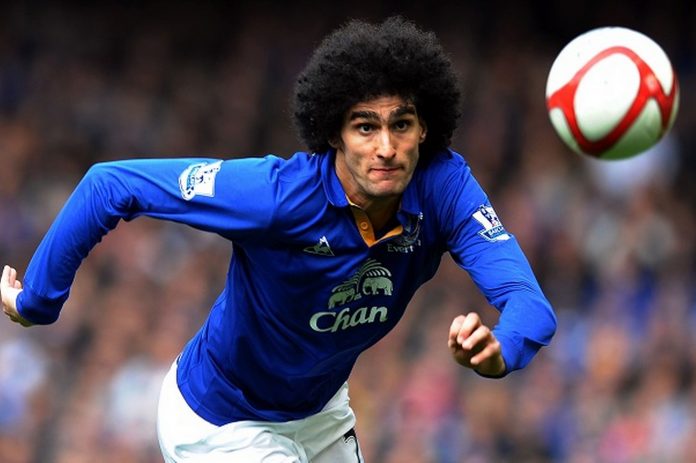 The 25-year old has long been linked with the Premier League champions, and had previously admitted he had aspirations of playing in the Champions League.

Everton have been in the market for his replacement – midfielder Fernando from Porto. Wigan’s James McCarthy could also be a target for the Toffees should Fellaini be sold today.

Manchester United have been in desperate need to find a player who can score goals from midfield. Many pundits have alluded to the lack of goals and creativity in the United midfield, and the signing of Fellaini would go a long way to strengthening.

His asking price is around £25M-£30M, but Everton and Manchester United are said to have agreed on a fee for the 25-year old.

The Premier League winners could have signed Fellaini for £22M before August – as he had a release clause which expired after July 31st.

Everton manager Roberto Martinez is said to have been at a work permit hearing for midfielder Fernando in order to oversee the transfer going through. His arrival would see Fellaini given permission to leave the side.

The Toffees’ left-back Leighton Baines was another summer target for Manchester United, but it’s looking likely the side will not make an improved bid for him.

Alongside Baines, Fellaini was Everton’s standout player last season, and has been linked with many other sides in Europe – most notably Arsenal and Real Madrid.

United are also after Athletico Bilbao midfielder Ander Herrera. Sources close to the club are suggesting the Premier League side have made a €36M bid which has triggered his release clause. Personal talks are undergoing.