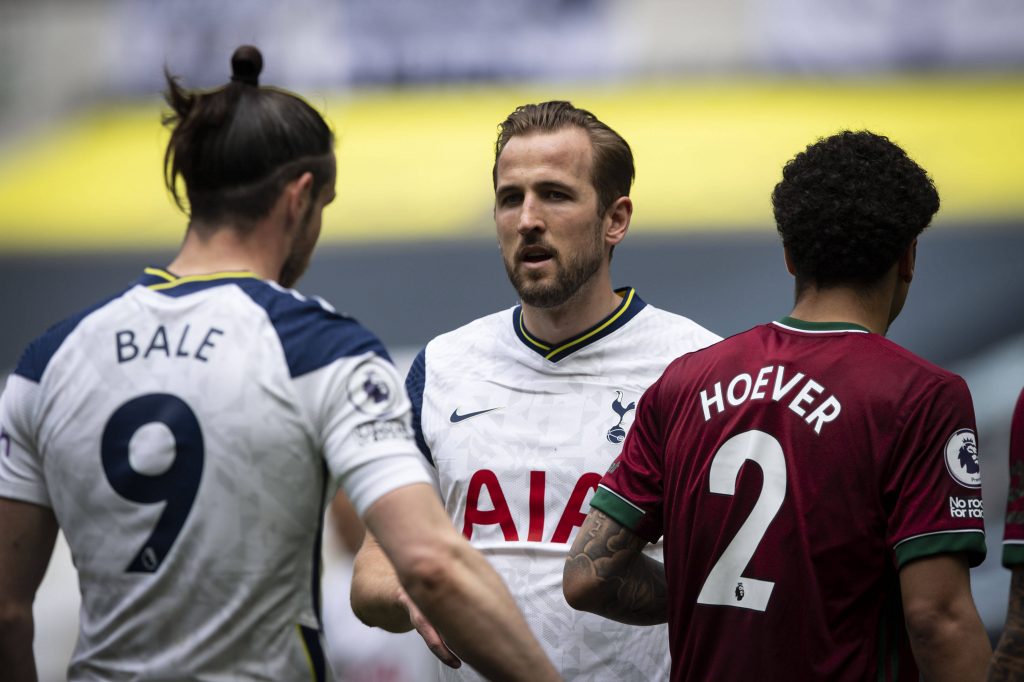 The day that Tottenham Hotspur fans have been dreading seems to be edging nearer. Star striker Harry Kane seemingly wishes to leave the club.

And, to be fair, they can hardly begrudge him for this decision. 215 goals in the last seven seasons despite several injury troubles, and what does he have to show for it? A few individual awards, but no major trophies.

Last night, it was reported that the 27-year-old told the club that he wants to leave. Of course, this doesn’t necessarily mean that he’ll go this summer.

He still has three years left on his contract, and Daniel Levy will no doubt be demanding nine-figure sums for his most valuable asset.

Given his age and injury record, clubs may prioritise moves for the much younger options of Kylian Mbappe and Erling Braut Haaland.

Nonetheless, there will still be plenty of interest in him, and the latest news will no doubt have had some of Europe’s biggest clubs keeping their eyes and ears peeled.

With Sergio Aguero set to leave, Manchester City need a new striker. Kane is one of the best strikers in the world. Kane wants to win trophies. City win trophies.

If Kane gets the option, he should go to Man City. It’s a move that would suit both the player and the club.

Not only would he almost certainly win a Premier League title, but he’d also have a great shot at breaking Alan Shearer’s record.

Can you imagine how many goals he’d get with the likes of Kevin De Bruyne and Phil Foden behind him?

However, Man City have never spent more than £65 million on one player. They’d probably have to spend at least double this to get Kane.

This will be the major stumbling block in any potential move for the England captain.

Having been out in the cold for a while now, Man Utd fans are looking to bring the glory days back to Old Trafford. And, with Anthony Martial misfiring this season, a new striker could be a priority.

But here’s the problem: Kane has previously spoken of his desire to win the biggest trophies.

Not just Carabao Cups and Europa Leagues – he wants league titles and the Champions League. Man Utd haven’t even come close to winning either since Sir Alex Ferguson retired in 2013.

Let’s say that Kane has four years left at the top level. Can you confidently say that Man Utd will win the Premier League or Champions League in the next four years? No, you can’t.

They’d probably win something, whether it be an FA Cup or another Carabao Cup. But would this be enough to satisfy Kane? It’s better than nothing, but it’s still not what he was aiming for.

Many people have brought up Robin van Persie, who was in a similar situation back in 2012. He had been one of the best strikers in the world for eight seasons at Arsenal, but all he had to show for it was an FA Cup in 2005.

So, he departed for Man Utd, who had gone without a trophy in the previous season. The Dutchman was brilliant for the Red Devils, winning the Golden Boot as they cruised to the title.

People believe that Kane could have a similar impact at Old Trafford – that he could be the man to make up the 13 point gap between them and City.

But here’s the difference: in the six years before Van Persie arriving, Man Utd had won four of the previous six league titles and had reached three Champions League finals in the same timeframe, winning one.

Furthermore, they were just two minutes away from winning the 2011/12 title, missing out on goal difference. Not to mention, they had arguably the greatest manager of all time in charge.

This is a very different Man Utd side. There’s no guarantee of success anymore. They haven’t won any silverware since 2017 – although that could change in this month’s Europa League final.

That’s not to say that Kane couldn’t be the difference-maker. After all, he is one of the best strikers in the world. But ultimately, they can’t promise him the major honours that he’s after.

Chelsea are in a pretty similar spot to Man Utd. Since Thomas Tuchel’s arrival, they have been very good but are still in need of a boost to push on for the league title.

And that boost will probably have to come up front, given Timo Werner’s underwhelming displays in front of goal.

The Blues are closer to the major trophies than Man Utd, having won the league most recently in 2017. Additionally, they have the opportunity to win the Champions League this year, facing Man City in the final later this month.

But again, they still don’t guarantee the biggest trophies – not in the way that Man City do, anyway.

But the main hurdle in this rumour could be Kane’s respect for Tottenham. If he moves to Stamford Bridge, he’d lose any legendary status he had at Spurs and instead become the next Sol Campbell. For someone who has spent 17 years at the club, it is difficult to see him making this move.

There has been speculation that former manager Mauricio Pochettino wants to reunite with the forward at PSG.

As things stand, it remains to be seen whether Pochettino will still be in charge beyond this season, as they look set to miss out on the league title.

Yes, they may not win the league this season, but PSG will be back on top in France soon – even if Neymar or Kylian Mbappe move on. If Kane goes there, he will win something.

However, he would be sacrificing the chance to break Alan Shearer’s Premier League goal record. He needs 96 more in the English top-flight to become the league’s all-time top goalscorer.

What would mean more to him: the record or some domestic trophies at PSG? Plenty of players have won a lot of stuff in Paris, but only one man can hold that record.

Of course, PSG are also looking to achieve something on the European stage. They reached the Champions League final in 2020 and got to the semi-finals this year.

If Kane can help them finally get their hands on the trophy, maybe it would be worth the transfer – but that’s a big if.

Spurs and England – Kane has played most of his career in white. Time to add another blank shirt to the wardrobe?

Real Madrid have been looking for a new superstar since the sale of Cristiano Ronaldo to Juventus. Eden Hazard came in from Chelsea but has proven to be a flop.

In the meantime, Karim Benzema has stepped up and become the club’s talisman. However, the Frenchman is 33 now. A new forward will be needed soon.

Much like PSG, Los Blancos would almost certainly guarantee Kane a league title. But again, is it worth throwing away the chance to break Shearer’s record for a La Liga title with Real Madrid?

As for the Champions League, Zinedine Zidane’s men are historically the greatest side in the competition’s history and won four out of five from 2014 to 2018.

However, that generation of players aren’t the same anymore. Ronaldo is gone, Gareth Bale is wildly out of favour, Keylor Navas is gone, Raphael Varane might leave. Sergio Ramos, Luka Modric, Toni Kroos, Marcelo, Benzema – all well into their 30s.

In addition, if Real Madrid spend big on anyone this summer, it will probably be Mbappe. It’s no secret that Florentino Perez is desperate to sign the 22-year-old. And, given their financial difficulty, they likely can’t afford to sign anyone else for big money.

A move to the Bernabeu may have come too late for Kane.

If the Englishman stays at Spurs, he could go down as possibly their biggest ever legend – whether he wins anything or not.

He’d undoubtedly become their all-time top goalscorer. He’d be every fans’ favourite player. They’d build a statue of him. He’d be to Tottenham what Alan Shearer is to Newcastle United.

That sort of status is scarce in football. It’s only worth throwing that away for a club that can guarantee him a realistic shot at the major honours and Shearer’s record. The only club that offers both is Man City.

If he stays at Spurs, will he win anything? It isn’t easy to see him lifting the Premier League or Champions League in north London, but one of the other domestic cups isn’t out of the question. And one FA Cup at Tottenham will mean more to him than ten anywhere else.

But at Man City, he could become one of the greatest players ever to grace the Premier League. If he can break the record and win the league, there would be no doubt over his status as a Premier League legend.