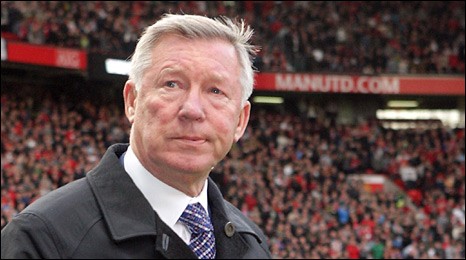 We always knew this day would come. Manchester United, like any major other organisation would, is preparing for the day that Sir Alex Ferguson retires by putting together a short list of candidates to succeed the great man.

It is no great secret that Sir Alex Ferguson will retire in the not too distant future. After a career that has, thus far, spanned 53 years the sands of time are running out on the Scot’s footballing lifetime. Now in his 36th year as a manager Ferguson is moving towards the last days of his life on the touchline with David Gill and Manchester United determined not to be caught out by the obvious void that will be left and they have begun to eke together a short list of potential contenders for the Old Trafford hot seat.

The Hunt for a new Red Devil:

David Gill is fully aware of just how big United are as a club. They are an institution and are under pressure like never before. With their debt growing under the ownership of the Glazer family, Gill knows that on-field success has to be maintained.

Speaking to Sirius XM, one of the world’s largest internet radio stations, the Red Devils Chief Executive spoke about how the club are already looking at alternatives to Ferguson.

“What happens on the pitch is crucial to all our off the field aspirations and we have to understand that. So someone coming in to take over United will have to have pedigree, will have to have that logical success and achievement as it’s such a big club.

“But I think the other key asset, or key requirement for someone coming in, is to understand the history and heritage of the club. They need to understand how we work commercially, what we aim to achieve to get the right balance there and make sure we can continue as seamlessly as possible as we have under Sir Alex.

“Those are the things, but identifying that person is not easy.”

United’s recent transfer strategy suggests that the club want the new manager to walk into an almost fully formed squad and that Ferguson is readying the troops for that fateful day. Five of United’s last six signings are all under 25 years of age with Michael Owen as the obvious exception. That strategy would seem to fit into the next manager being left a good nucleus of players to work with.

“Obviously at some stage, Sir Alex will retire.

“What we’re doing with him, with his coaches and scouts, is getting a great squad with the right age profile so a new manager coming in – yes he will probably want to change one or two players – but won’t need wholesale changes.

“There will be a sensible transition to a new manager. So that’s where we’re at.”

Who Will Replace Sir Alex Ferguson at Manchester United?

Given Gill’s comments about Ferguson’s successor it would seem that a number of Ferguson’s old boys were considered but have now been rejected in favour of a manager of higher standing.

The Premiership managers that stand out as contenders are David Moyes, Harry Redknapp, Carlo Ancellotti and Martin O’Neill.

Moyes has done sterling work at Everton over the past eight years but he has never tasted cup success and would probably be seen as something of a gamble by the United board despite Ferguson’s recommendation.

Tottenham Hotspur’s Harry Redknapp would be an ideal candidate if United were looking for someone now, but the Spurs boss has already indicated that Spurs will be his last job in club football and he is highly tipped by many to succeed Fabio Capello as England manager. Leaving the door open for Spurs to approach Moyes…

Carlo Ancellotti is not as cemented in Chelsea’s heart as many would believe or with Roman Abrahmovich for that matter. Despite winning the double in his first season as manager the club cancelled recent contract negotiations after the Blues lost three of their last four league matches.

The Italian was deeply unhappy with how Abrahmovich’s ruthless sacking of Ray Wilkins and would jump at the chance of managing one of the jewels of world football.

Martin O’Neill has done great work wherever he has gone and his teams are always more than the sum of their parts. However, his recent argument over transfer funding, ending with his resignation from Aston Villa will have been noticed amongst many boardrooms.

Outside England the list of potential candidates is not as large as one would have hoped. Pep Guardiola is an obvious choice but Barcelona has already given their manager 100 percent control of the club in a major show of faith.

He was unhappy at La Blaugrana’s insistence that he sign a new contract last year and is head-strong enough to resign if he feels he is not being treated properly by the board so he will always remain an outside bet to succeed Ferguson.

The other candidate from Spain is Jose Mourinho.

The Real Madrid manager has already intimated that a big job in England is waiting for him in two years and it is something of an open secret that he wants the United job. He would undoubtedly be the board’s choice, as Revie was in 1969, but it is not so clear whether Ferguson would endorse him or not.

Last year, while at Inter Milan, Mourinho approached Darren Ferguson, Sir Alex’s son, to offer him a coaching role at the Italian club. Fergie Jr. turned it down but there are obvious links between Ferguson and Mourinho.

After that you are left looking at outside bets like Louis van Gaal, Carlos Quiroz, Fabio Capello, Guus Hiddink, and Laurent Blanc.

Most are very long shots indeed but nothing surprises like football.

After he Retires: Sir Alex as Director of Football? No Thanks…

Around the same time that Sir Alex Ferguson’s career as a manager was just beginning the last great dynasty at Manchester United was coming to an end when Sir Matt Busby’s 24 year career with the Red Devils came to an end.

One year after United’s famous triumph in the 13th European Cup Final over Benfica at Wembley, Sir Matt Busby decided to call it a day. He moved upstairs into a Director of Football type role and handed the reigns to Wilf McGuinness who had been promoted from within.

When Busby announced that he was going to retire in January 1969 the footballing world shook and speculation immediately arose as to who was going to replace him. Names like Don Revie, Jock Stein, Jimmy Adamson, and Dave Sexton were all mentioned as potential candidates.

Busby immediately ruled out Revie, feeling that the Leeds United manager was the complete opposite to everything he stood for in the game. The United manager then inquired about Sexton at Chelsea but the Pensioners boss turned him down as his young family had just settled in London and he did not want to move again so quickly.

Faced with going for a manager he did not know, Busby decided to look inwards and briefly considered Johnny Carey, Noel Cantwell and Paddy Crerard but decided that their lack of coaching experience went against them so he promoted Wilf McGuinness to first team affairs.

McGuinness, a player of some repute before his career was ended at just 22-years of age, was an outstanding youth coach, was Manchester United through and through and had progressed steadily through the coaching ranks of the club. The Busby Babes had been nurtured by McGuinness before Busby ever got his hands on them and so it was that the lad from Collyhurst became first team manager.

However, while McGuinness was perfectly suited to being a coach, being a manager was something else entirely. McGuinness was a straight shooter and lacked the cunning and guile needed to be a manager. He wasn’t interested in the political minefield of the dressing room as a coach and never tried to understand it. But as a manager he now had to control it.

Behind the scenes though a different story soon emerged as McGuinness soon that he was only the Chief Coach with Busby attending board meetings in his place and negotiating contracts with his staff and potential signings behind his back.

Add that to Busby vetoing moves for players like Malcolm McDonald, Mick Mills, and Colin Todd and all of sudden McGuinness began to feel the world at Old Trafford moving against him. All the responsibility was his, but all the power rested with the Director of Football.

McGuinness failed because he couldn’t stand up to Busby, he was just too powerful and figure and still made the room tremble when he entered it. To no surprise he was sacked one year into his three-year-deal with Busby taking over as manager until the end of the season while a shocked McGuinness stayed on until June before leaving football in England.

Within days of being removed as United’s manager, Bolton Wanderers approached McGuinness about taking over as Chief Coach with Nat Lofthouse as his Director of Football. Needless to say Wilf turned it down.

The following manager, Frank O’Farrell found a United team in serious disarray and tried to rebuild it in his image but found his requests turned down by the board more often that not.

The ex-Leicester boss suffered the same fate as his predecessor. Except this time there was a major blood letting at the club with a number of coaches and even George Best being told to pack their bags when all the while Busby was pulling the strings on the board.

Speaking to Eamon Dunphy who was writing A Strange Kind of Glory, O’Farrell said;

“I thought if Matt Busby and Manchester United are the good guys, what are the bad guys like?”

Just like McGuinness, O’Farrell was put off professional football after his poor relationship with Busby.

There are enough lessons to be learnt from McGuinness’ and O’Farrell’s succession to Busby as manager. The club should know all about the pit-falls of a legend taking over as Director of Football and his new manager to avoid the same avenue again.

Ferguson should also recognise the dangers of taking on such a role and if he is to take on such a task then some years should be put between his retirement and return to allow the new manager time to settle and run things his way.

Whoever gets the task of replacing Ferguson will be in the toughest job in football. They will not only have to be mentally strong enough to handle a club like Manchester United and everything that goes with it but they will have to deal with the fact that they are replacing the greatest manager in English football history.

In short; Ferguson’s replacement will have to be a “special one.”