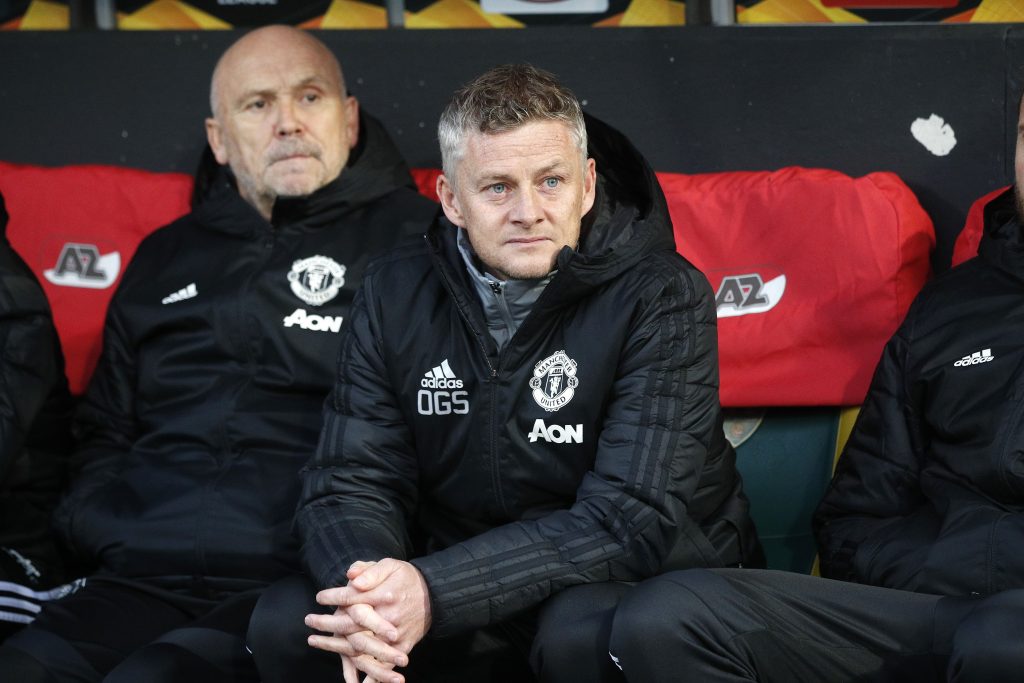 Since Sir Alex Ferguson’s retirement in 2013, Manchester United have struggled to relive the glory days of the past.

This season, they arguably got the closest they’ve been in the last eight years. There was a brief time when they topped the league, as well as a couple of deep runs in knockout competitions. However, it all ended without any silverware.

A special mention has to go to Luke Shaw, who has silenced many of his doubters over the last few months. If there was a ‘Most Improved Player’ award, he’d be the recipient.

However, Bruno Fernandes set a new Premier League record, scoring more goals than any top-flight midfielder in all competitions with 28.

Yes, plenty of them were penalties (13 to be exact), but it’s an incredible achievement regardless.

On top of this, he recorded 12 assists in the league – a figure beaten only by Harry Kane. It’s been a fine year for Fernandes, who will have his eye on more next season.

Man Utd went into the second Manchester derby of the season off the back of three successive 0-0 draws.

By contrast, City had won their last 21 (yep, TWENTY ONE) games in a row in all competitions. The form books suggested a comfortable home win.

Two minutes in, and the form books flew out of the window. Anthony Martial was brought down in the box, and Bruno Fernandes stepped up to convert the spot-kick.

Early in the second half, Shaw doubled the lead with a brilliant finish from the edge of the box after being teed up by Marcus Rashford. The game finished 2-0, and it could have been more.

The three points didn’t make much difference in the grand scheme of things – City still won the league by a distance.

Nonetheless, it was a wonderful performance and a great derby day victory.

Man Utd haven’t won a trophy since 2017. For a club of their history and stature, this is absolutely staggering.

They had the opportunity to end this run in the Europa League final in May against Villarreal.

The Red Devils had just comfortably beaten Roma in the semi-finals, while their opponents had finished seventh in La Liga. This was a real opportunity to get some more silverware in the cabinet.

The script went out of the window, however, and Man Utd had to settle for silver medals. Gerard Moreno struck an opener for the Yellow Submarine, but Edinson Cavani netted a second-half equaliser to take the game to a penalty shoot-out.

After ten perfect penalties each, it was down to the goalkeepers. Geronimo Rulli hit a spot-kick that many world-class forwards would be proud of, but David de Gea’s effort was not spectacular, and it was kept out.

There have been some damaging results for Man Utd this season. The 6-1 against Tottenham Hotspur, the Champions League elimination against RB Leipzig, the home defeat to Sheffield United – but none of them come close to the missed opportunity in Gdansk.

The 20-time champions signed five players this season. Facundo Pellestri went straight out on loan to Alaves, while Amad Diallo has been limited to just a few appearances. The latter has shown some potential when on the pitch.

Alex Telles was brought in from Porto and was expected to go straight into the starting XI, but the form of Shaw has prevented him from getting regular minutes.

Donny van de Beek has ended up in a similar situation, often remaining an unused substitute. Nonetheless, they both added depth to a thin squad.

The club’s signing of the summer was undoubtedly Edinson Cavani, who arrived on a free transfer from Paris Saint-Germain.

The Uruguayan wasn’t the most fancied signing, given his age and reported high wages, but he has proven many people wrong with 17 goals in all competitions.

However, their transfer window was stained by one transfer that didn’t happen.

Throughout the summer, Man Utd were involved in the headline saga of the window and were left with egg on their face after haggling all summer with Borussia Dortmund over winger Jadon Sancho.

For all the stick he gets, Ole Gunnar Solskjaer has taken his side forward over the last year.

They’ve gone up a place to second while reaching a final and a semi-final. This season has possibly been the closest they’ve come to the title since Ferguson’s retirement.

But this still isn’t enough for Man Utd. Second place, runners up, semi-finalists – it’s not what they’re aiming for. They want to be winning things. They want trophies.

Perhaps it’s harsh to pin this on the manager. If one of Villarreal’s first ten penalty takers had missed, they’d have won a trophy this season. This is something that is out of the Norwegian’s hands.

But there were still 120 minutes in which his side were matched by a weaker set of players. His set-up and substitutions were widely criticised after the game.

Solskjaer has done enough to earn another year in charge at Old Trafford. However, the silverware must follow soon, or else his time could be up.

At the beginning of the season, no one expected Solskjaer’s men to finish second in the league.

And while the underperformances of Liverpool and Chelsea certainly played their part in this, Man Utd deserve some credit for their league campaign.

Outside of the league, it was far less impressive. Getting eliminated by Man City and Leicester City in the domestic cups would have hurt, knowing that they would have been fancied to win those competitions had they progressed.

And, after a disastrous group-stage exit in the Champions League, they were handed a lifeline in the Europa League and blew it.

The defeat against Villarreal will continue to sting throughout the summer, and the pain may not ease until their next major honour.

There was progress made, but perhaps not enough.

Read also: Barcelona 2020/21 season review: Where would they be without Lionel Messi?