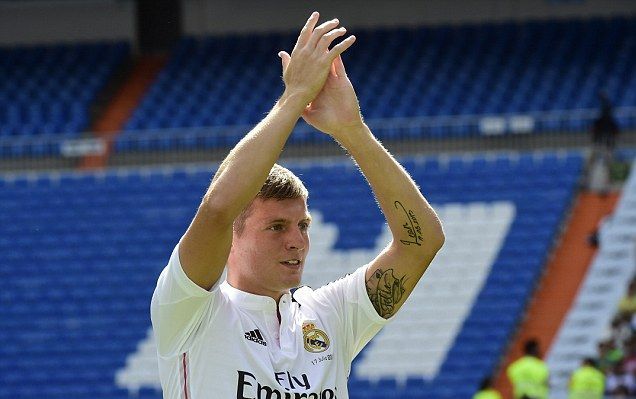 Many feel that Manchester City have jeopardised the present campaign by announcing their next manager when an already existing one is trying hard to win silverware for the club.

The excitement among the fans (and almost everyone) surrounding their next manager is huge and it is hard to ignore the euphoria. After all, he is Pep Guardiola. He was a great footballer and enjoyed a long and successful career with Barcelona. After stepping into football management, he has done wonders with Barcelona and Bayern Munich, but more than anything else, the footballing fraternity know him for being an astute tactician. Pep is not a ‘reactionary’ type of manager, rather he is someone who has a strong philosophy behind how the game should be played.

We are all excited to see what type of players Guardiola would bring in to Manchester City next season. One thing is certain: he will definitely bring a change in the current City’s midfield set up.

According to reports from Spanish newspaper AS, Manchester City will lodge a mega bid for Real Madrid midfielder Toni Kroos in the summer.

AS claims that Guardiola already has spoken to Txiki Begiristain, Manchester City’s sporting director, and has expressed his willingness to sign the German international.

Kroos joined Madrid in 2014 from Bayern Munich after winning the World Cup and has a contract till 2020. He is a key player for the Madrid side, and earns around 5.5m euro per season.

The German international is happy at Los Blancos and is not planning to leave Madrid anytime soon, but that will not prevent City from trying to prise him away from Bernabeu with a tempting offer.

Guardiola, as I said, may look to bring significant changes in the midfield, and few players could be offloaded to make necessary incursions. Take Yaya Toure, for instance. He is one of such players whose future has come under doubt, and the Ivorian is almost certain to leave City.

Money is not an issue for the Citizens, and Guardiola reportedly will be handed a £200m transfer war-chest to sign players of his choice.

Both Kroos and Guardiola share a good relationship and they admire each other’s work. Pep once admitted that he tried his best to prevent Kroos from joining Madrid, and the German returned the compliment by saying Guardiola was the best coach he had ever had.

AS adds that Manchester City are not the only club who are seemingly interested in signing Kroos. City’s derby rivals, Manchester United could also make a move. In fact, the Red Devils will have a better chance of signing Kroos than City, as the player himself ‘dreams’ of playing for United.

The Red Devils were unsuccessful in their attempt to sign Kroos two years ago, but they may reignite their interest in the German superstar next summer.