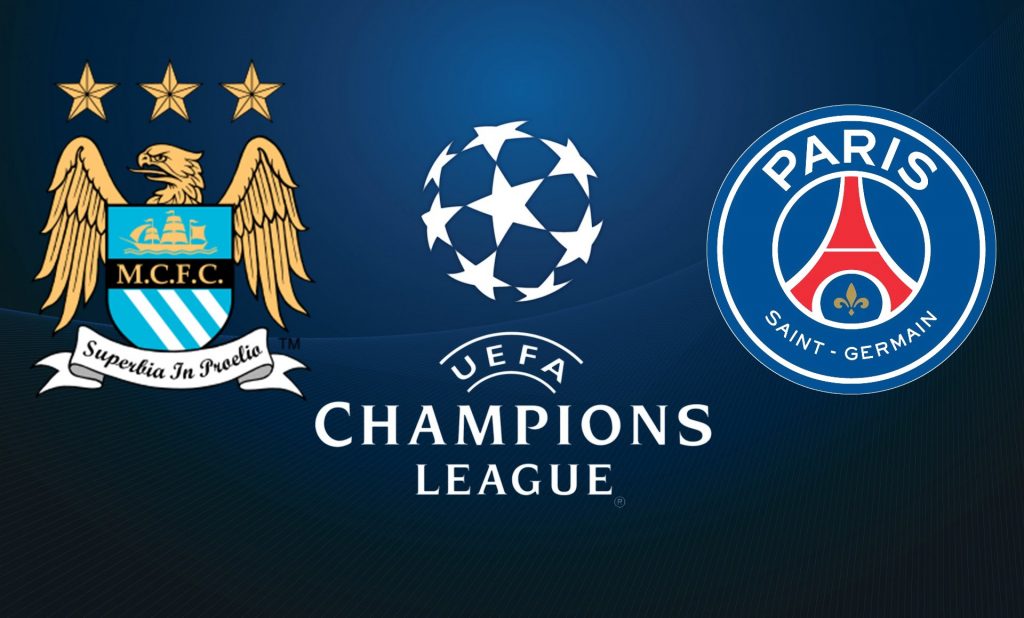 The English side secured an impressive 2-2 draw against Laurent Blanc’s side during the first leg in Paris and will be looking to finish job in Manchester.

A goalless draw is enough to send them through to the semi-finals of the competition and Manuel Pellegrini will be hoping that the likes of De Bruyne, Aguero and Toure can inspire his side to European glory.

PSG were outstanding at Stamford Bridge earlier this season and will be looking to put on a similar performance against the Etihad outfit later this week.

Manchester City will be without the services of Raheem Sterling and Vincent Kompany for the match against PSG. The Manchester City captain is still not fit enough and Sterling is recovering from his injury.

Samir Nasri returned to action this weekend after seven months out, but the Frenchman was not included in City’s squad for the knockouts and cannot play here.

Laurent Blanc will be without David Luiz and Blaise Matuidi, with the pair suspended after picking up yellows in the first leg.

PSG are also sweating on the fitness of Kevin Trapp after the German hobbled off at the interval in the weekend win at Guingamp. Javier Pastore and Marco Verratti have both travelled with the squad, but are unlikely to start.