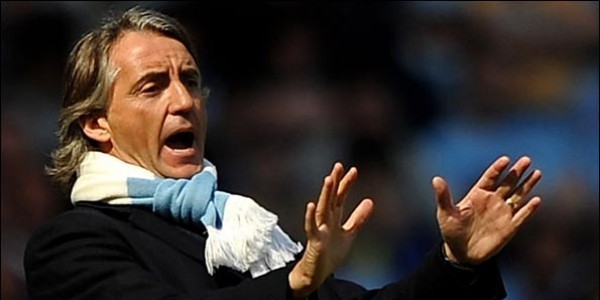 Manchester City will be looking to close the gap on league leaders Manchester United when they host Tottenham Hotspur this weekend.

Spurs have a great chance of moving into the Champions League places with an unlikely victory at the Etihad Stadium.

Manchester City go into this game off the back of a 2-2 draw against Ajax in the Champions League which has all but ended their European dreams for the season. Domestically they have a very good record at home with four wins, one draw and no defeats from their five games. They have been efficient but not spectacular in attack with 11 goals scored and only four conceded through the defence.

City manager Roberto Mancini has already called for a swift reaction to the disappointing mid-week draw and City need to play well to stop the fans from turning against them quickly.

Micah Richards and Jack Rodwell will play no part in the game. Richards is recovering after knee surgery while Rodwell has been out of action with a strained hamstring which he picked up on Under-21 international duty with England. Defender Joleon Lescott may face a late fitness test ahead of the game as he continues to recover from back spasms he picked up in the draw at West Ham United.

Key midfielders James Milner and David Silva may also miss out as both are suffering with hamstring injuries and both are rated as 50/50 to be fit in time. City have no suspensions to worry about ahead of the match.

Spurs have a day less to recover than their opponents after a Thursday night Europa League match. In the Premier League Tottenham have been very good away from home with three wins and a defeat. That defeat came away to Newcastle United back in August.

They have played well in attack with nine goals scored but the defence has leaked six which is more than close rivals Chelsea, Manchester City and Arsenal. Three points for Tottenham could see them move up to fourth place which is their aim for the end of this season.

Key defenders Benoit Assou-Ekotto and Younes Kaboul remain long term absentees from the side. Assou-Ekotto is out indefinitely as he struggles with swollen knee problems while Kaboul will not play again until at least the New Year. Mousa Dembele will miss the game after Andre Villas-Boas confirmed he would be out for at least another two weeks.

Sandro could face a late fitness test after he was subbed off in the defeat against Wigan with an ankle injury while Scott Parker continues his recovery from an Achilles problem. Jake Livermore could make a return to the subs bench for the match and Spurs have no suspensions for the match.

Manchester City have played ten games, won six and drawn four so far in the Premier League. They are the only side in the division yet to lose a game. Spurs have played ten, won five, drawn two and lost their other three matches. Spurs have scored the same amount of away goals as Chelsea but have conceded as many as Sunderland.

Head 2 Head: Manchester city and Spurs have met in Manchester 72 times with City winning 36 games, Spurs winning 25 games and 15 matches ending in draws. City won this fixture 3-2 last season, the last time Spurs won was 1-0 at the end of the 2009/2010 season as they secured a Champions League place.

Recent Form: City have drawn both of their matches in November with a point away at West Ham United and a home draw against Ajax in the Champions League. Their last home win came in their final match of October as they beat Swansea city 1-0.

Tottenham have lost their only league game of November so far which was a 1-0 home defeat to Wigan. Their league form throughout October was very good with wins against Aston Villa and Southampton but they lost at home against Chelsea.

City will be looking for a big performance now they are effectively out of Europe and injuries to key Spurs defensive players could cost the side badly.