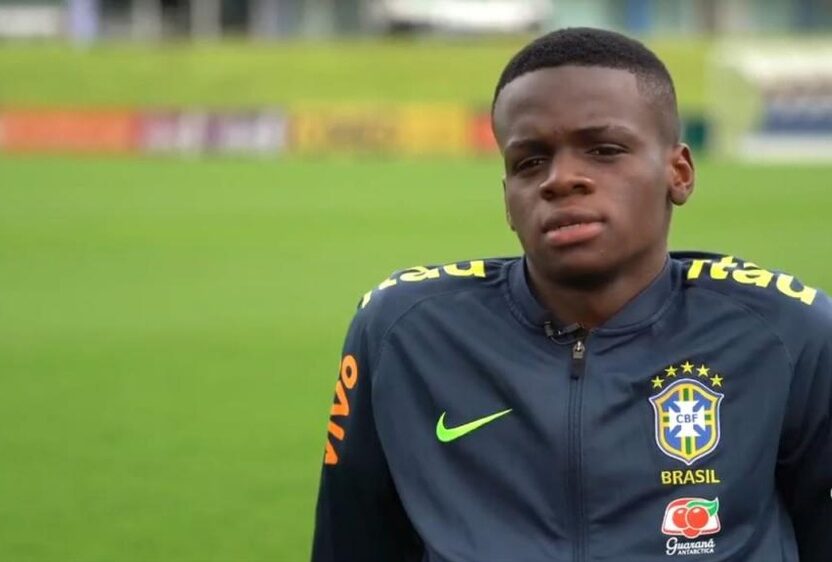 Manchester City are set to complete the signing of Brazilian midfielder Metinho in the same deal that will see them sign Kayky, according to Fabrizio Romano.

The 18-year-old will likely be sent to City’s youth set-up or out on loan to continue his development.

Born in DR Congo, Metinho has been living in Brazil since the age of one after his family moved there to flee religious persecution.

Manchester City are set to sign also Metinho [2003, Brazilian midfielder] from Fluminense in the same deal with Kayky. The agreement has been reached for €5m + add ons. 🔵🇧🇷 #MCFC

Metinho will sign a 5-years contract with City Group and then join Troyes on loan. 🇫🇷 https://t.co/zqmfeN4BZX

A product of Madureira, he went on trial with Vasco da Gama but eventually ended up with Fluminense.

Metinho previously captained Fluminense’s U17 team and played for the U20 side, making his professional debut in March.

A naturalised Brazilian since 2019, Metinho has yet to represent his adopted nation at any level and remains eligible to declare his international allegiance to DR Congo.

City’s signings of Kayky and Metinho are undoubtedly being made with one eye on the future.

By moving to Europe at a younger age, the two youngsters will adapt more quickly to their new surroundings.

Meanwhile, one player who has been linked with a move away from City this summer is Bernardo Silva.

The Portugal international has been linked with a move to Barcelona. If he joins the Blaugrana, he will reunite with former City teammate Sergio Aguero.