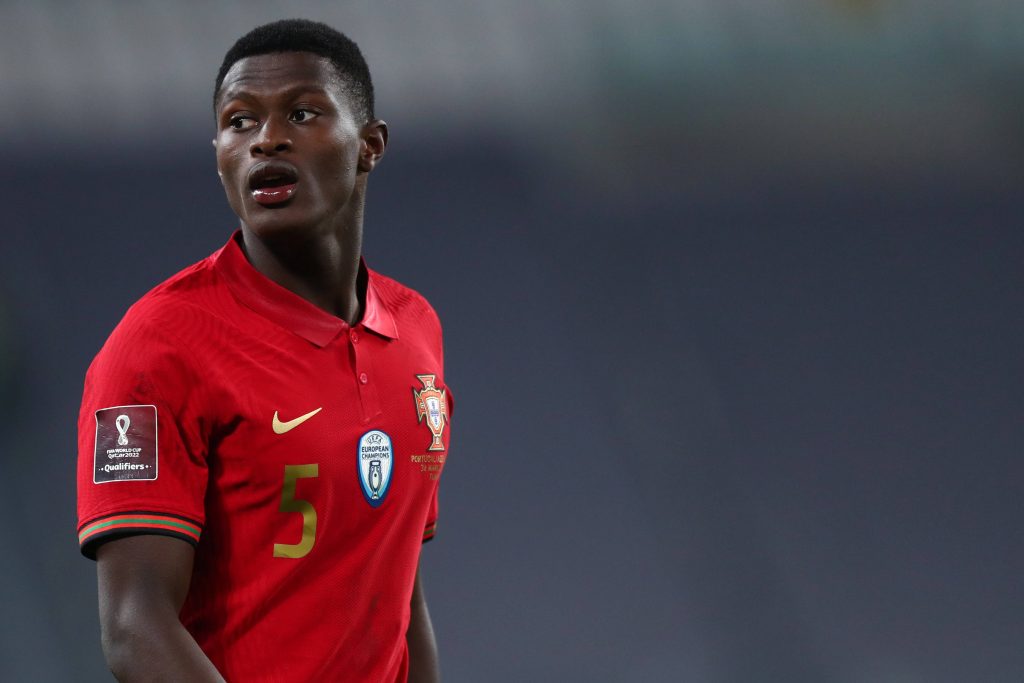 Manchester City are looking to agree a deal for Sporting Lisbon youngster Nuno Mendes, according to a report by the Daily Mail.

Sporting have had an exceptional league campaign this season. They sit eight points clear at the top of the table with two games to go and are yet to lose a game.

Mendes has been a key part of this success. The left-back, who turns next month, has started 28 league games this season, scoring and assisting once while keeping an incredible 19 clean sheets.

This form has earned him his first call up to the Portugal senior national team, making three appearances back in March.

This has attracted the attention of Premier League champions Man City, with the Daily Mail reporting that they are willing to pay £52 million for the youngster.

However, the report claims that Sporting will not sell unless someone pays his £60m release clause.

Pep Guardiola’s men have been almost perfect since the turn of the year, winning 30 out of 34 games in all competitions.

This has propelled them to a comfortable triumph in the league, as well as a fourth successive League Cup.

But the big one for them will be the Champions League, which they can get their hands on for the first time if they beat Chelsea in the final later this month.

Despite this, the left-back position is still a notable weakness in their side. The injury-prone Benjamin Mendy is their only natural option in that position, while Oleksandr Zinchencko, Joao Cancelo and Nathan Ake have all filled in there throughout the season.

Mendes would reduce the need to put players out of position and would also offer the club a long-term option at left-back.