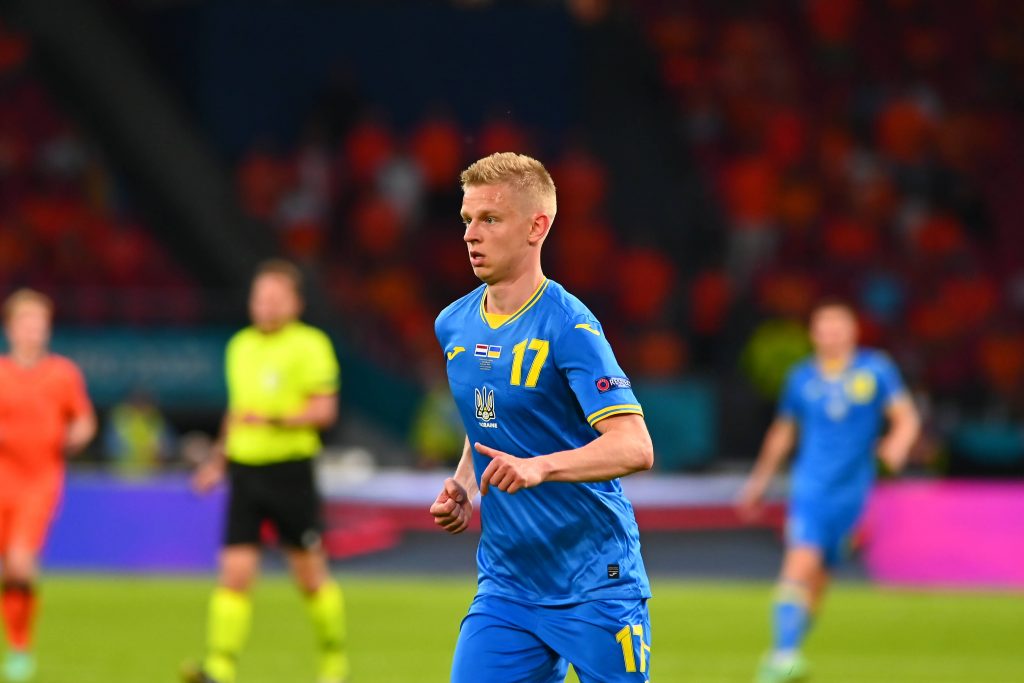 A section of Manchester City fans reacted to Oleksandr Zinchenko’s performance during Ukraine’s 2-1 win over North Macedonia at Euro 2020 on Thursday.

The 24-year-old has regularly played at left-back for the Cityzens, with just two of his 32 appearances came in the centre of the park last season.

However, it has been a different story when it comes to the national team, and he has generally operated as the advanced player in a midfield three.

Zinchenko only had a pass success rate of 77 percent but impressed with quality long passes from deep while creating three key chances.

The midfielder was also solid with his defensive duties with two interceptions and four tackles, more than any other Ukrainian player.

Some City fans were impressed with his showing and believe he deserves the chance to play in midfield for the club next season.

watching Zinchenko in this game you can see why Pep loves him, he's so versatile can pretty much do a job anywhere..

Zinchenko is absolutely balling here, wonder how he would do in midfield in the City team, would be interesting to see 👀

Zinchenko has played on the left side of the backline for the Cityzens, and this has limited his attacking prowess with the added defensive duties.

With Ukraine, he has the freedom to express himself from midfield and tends to regularly push into the final third, creating chances for his teammates.

It remains to be seen whether manager Pep Guardiola has a rethink on Zinchenko’s position next term and allows him to play in his preferred midfield role.