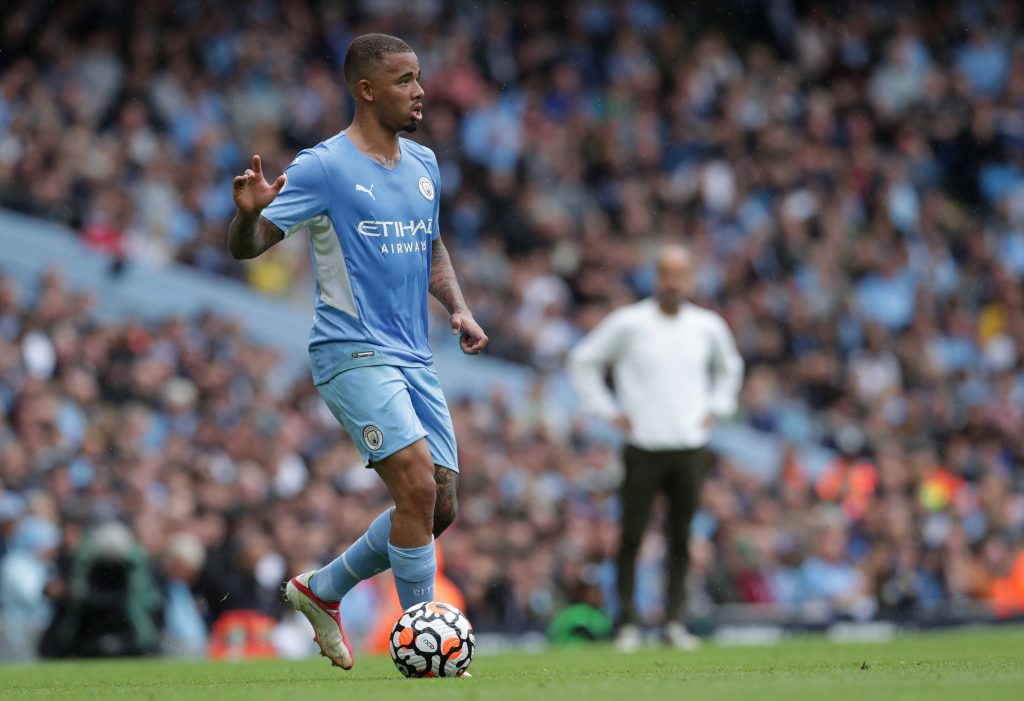 A selection of Manchester City fans on Twitter were delighted for Gabriel Jesus after his stellar display in the 5-0 Premier League win over Norwich City.

The Cityzens started the campaign with back-to-back losses, and they came up with the perfect reply with a dominant display against the Canaries that was expected.

Gabriel Jesus was handed a rare start from the right-wing position, and he excelled over the course of 90 minutes with a man of the match performance.

The Brazilian’s cross in the seventh minute induced Tim Krul’s own goal. Midway through the half, he delivered another cross leading to Jack Grealish’s fortuitous debut goal.

He capped the performance with another assist for Raheem Sterling in the 71st minute. It was one of his best displays in a while, and some fans were clearly pleased.

Gabriel Jesus was fantastic today. His celebration when he assisted Sterling was my moment of the match. #mcfc

Seems he’s always wanted to play on the wing, at least that’s the impression the interviews gave. Maybe a rejuvenation this season

Gabriel Jesus has looked spectacular on the wing today! We knew he could play winger when we bought him. Surprised we haven't used him there more often even tho we had/have the likes of Sane, Sterling, Mahrez, Bernardo etc.#MCFC #ManCity

Gabriel Jesus in the wings is some different player! bagged 2 assists (also forcing the own goal) and was more than influential. Great to have Laporte in the scoresheet. What a wonderful game to watch as a city fan after three goalless defeats in a row.#MCINOR #MCFC

Jesus has played regularly on the right-wing for Brazil, but he has barely done so at City. Just five of his 197 appearances have come from the position.

The 24-year-old had the perfect game with an impressive pass success rate of 92.7. He was a frequent threat with crosses. He linked up splendidly with Kyle Walker.

Jesus’ future at the club has been frequently speculated, and it was recently claimed that he could be offered as a makeweight to sign Tottenham Hotspur’s Harry Kane.

He came up with the perfect response against the Canaries. With the ease with which he was playing, he could establish himself in the wide attacking role.

Of course, the £54 million-rated star can not be judged by one performance. It will be interesting to see whether he can continue to impress from his new position.

Read: Liverpool blow as Renato Sanches is ruled out for a month with knee operation planned.