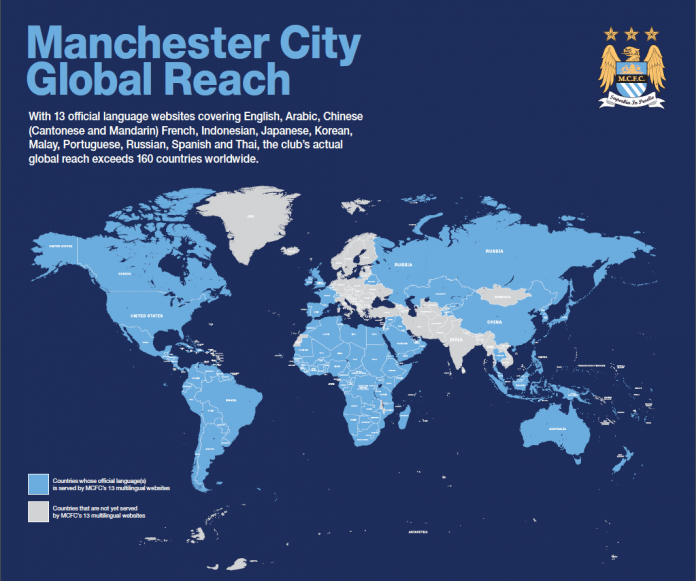 With such an innovative step, Man City have created the broadest multilingual website offering in English football at the moment, aiming to cater for the Club’s growing fan base abroad.

“Manchester City’s popularity and global fan base is growing at a fast pace.  We want to talk to our fans and friends in their own language to engage with them in new ways. We are very proud of this initiative.”

At present the official site publishes the news and information in English, Arabic and Mandarin Chinese versions but from now on, fans will now be able to view online content in Traditional Chinese, French, Indonesian, Japanese, Korean, Malay, Portuguese, Russian, Spanish and Thai language too.

“With the launch of our new multilingual sites, we are creating an online home for all our international fans. We hope that, by reading news and watching videos direct from the official source and in their native language, they will feel closer to the club they love.”

City are expecting that, with this innovative launch, they will be able to reach 80% of the world’s internet connected population, where people from 160 countries can access their favourite club’s content in their preferred choice of language.