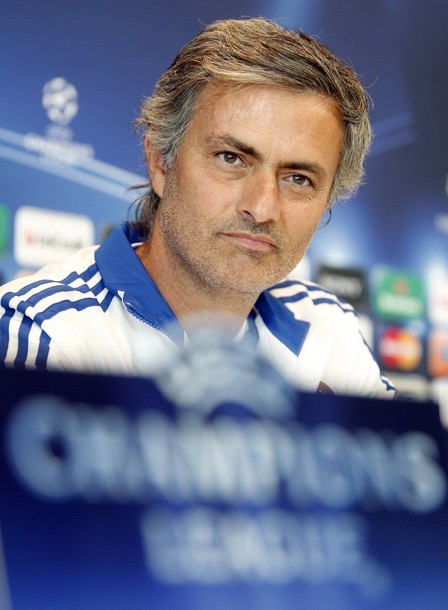 It was inevitable wasn’t it? Jose Mourinho being touted as the man to succeed Roberto Mancini at Manchester City just as he did at Internazionale where he delivered what his predecessor couldn’t –the European Cup.

Mancini has come under more scrutiny these past two weeks following the club’s three back to back defeats along with player unrest. Carlos Tevez has publically expressed his despondence due to his home sickness from Argentina along with a public squabble between Emmanuel Adebayor and Vincent Kompany during their defeat to Wolverhampton Wanderers.

Yes, it’s a common norm for players in club dressing rooms to not always get along but they must stay professional and endure respect for their peers and fans. It’s clear from those within the City camp along with the onlookers that there’s a lack of cohesion at The Citizens.

Fingers can be pointed and Chinese whispers can be spread but it will be the manager who comes under fire for these lapses. Mancini has only been in charge since the end of last year and despite an impressive start at the club his tenure has been questioned following the failure to reach the Carling Cup Final along with the absence of Champions League football they so clearly crave – especially after the vast amounts of money the club have spent.

He spent the summer constructing his team as he wished with a number of comings and goings which inevitably heaped more pressure on him to not only break into the top four but challenge for major honours – notably The Premier League. Now if rumours are to be true it seems as if the hierarchies of the club are losing belief in the Italian and have eyed a certain Portuguese to take over.

Why would Jose Mourinho want to leave Real Madrid for a club who at the moment lack a distinct pedigree and stability? Well the simple answer to that is he won’t – until he reaches personal goals that include the triumph of capturing the La Liga title, the Copa del Rey and his main priority the Champions League – all which will make him the first triple crown winner of the top three European Leagues and the inaugural coach to win a hat-trick of European Cups with three different clubs.

Sceptics will say that a salary of half a million pounds a week would be too much for anyone to turn down – including the ‘special one’. One of the reasons why he is so special is because he is motivated by professional goals and accolades. He wants to be regarded as the very best at what he does, and at the moment he is undisputedly the best in the world.

Money does indeed talk, it would be naive to think otherwise but it’s not as if Mourinho needs the money nor does he need to leave the biggest club in the world where he can achieve unprecedented and unbridled success. He has an opportunity to carve his name into the history of that glorious football club and until he does he won’t be going anywhere.

You wouldn’t however put it past him to achieve a clean sweep in his debut season would you? He is that talented and charismatic that only Mourinho could achieve such a feat for a club who has lacked consistent silverware for a number of years – including an eight year exodus of not being champions of Europe. If he did, then where does this leave him?

Two titles that do elude his glittering CV are the European Super Cup and the World Club Championship. Coveted honours that would be nice to add to his ever growing collection. He would surely love to crown The Whites as champions of the world, but then again he did leave FC Porto and Inter despite having that very opportunity to crown them as world beaters.

Manchester City is a progressive project and he may very well see it as a tantalising prospect. A club, pretty much like Chelsea when he took over that has lacked major honours for a number of years. He ended the club’s fifty-five year wait for a domestic league title and also implemented them into one of the Champions League’s most renowned competitors. A number of domestic cups also made their way into the Chelsea cabinet and has undoubtedly made them into one of the world’s elite – all in the space of three years.

City has all the foundations in place but lack a consistency and steel to get them to where they want to be. Mourinho would implement philosophies and ideas that would be adored at the club. A man-manger that would bring harmony to that egotistical City dressing room as well as stamping an authority that has zero tolerance. In fact he is very similar to a certain Malcolm Allison with his eccentric nature and wonderful presence.

He has only been at Madrid for a matter of months but he’s already laid down the law on Pedro Leon who he felt became idle towards tactical instructions – almost coasting on his transfer to the capital. Mourinho took hasty action by excluding him for a Champions League tie in France that was heavily criticised by the Spanish press but paid off as the young Spaniard ended up netting a vital stoppage time equaliser against Milan in the Champions League to ensure qualification.

If he were to arrive in England he would be fulfilling his dream of returning to the league that he holds in such high esteem. He fell into an eternal love with the English culture and has publically expressed his desire a number of times to one day return to England whilst in charge at Inter.

For a man of his calibre you would feel his most likely destinations would be Arsenal, Liverpool, Manchester United, Chelsea and Manchester City. The probability of him going to all but two of those clubs is pretty impossible in truth. With Sir Alex Ferguson edging nearer to a retirement date at United, it has been widely tipped that Mourinho will end up at the ‘Theatre of Dreams’ to fulfil his. Manchester City however could present a challenge for him to be a legend at the club. With all that money behind him along with his coaching methods it would be a frightening prospect for the rest of English football to face.

His presence alone would attract a wealth of world-class talent to the club – with Champions League football or not. It would be a message of being although there is no success at the moment, its inevitable there will be with Mourinho at the helm.

Jose is regarded as a short term manger but his ultimate aim is to come back to the Premier League and create a dynasty at a club before he enters international management. He could very well do that at City if the backing of the owners is still there and there is a desire from the club to reach the pinnacle of the sport. How Jose would love to do his utmost to bring a wealth of success to an English club during a five-ten year period. Both himself and the club could complement each other extremely well.

The probability of this happening anytime soon is very slim. Mourinho isn’t going to leave the biggest club in the world without having achieved his personal targets but with his burning desire to return to England still lingering he may very well end up in Manchester as we all suspect – but in sky blue rather than red.