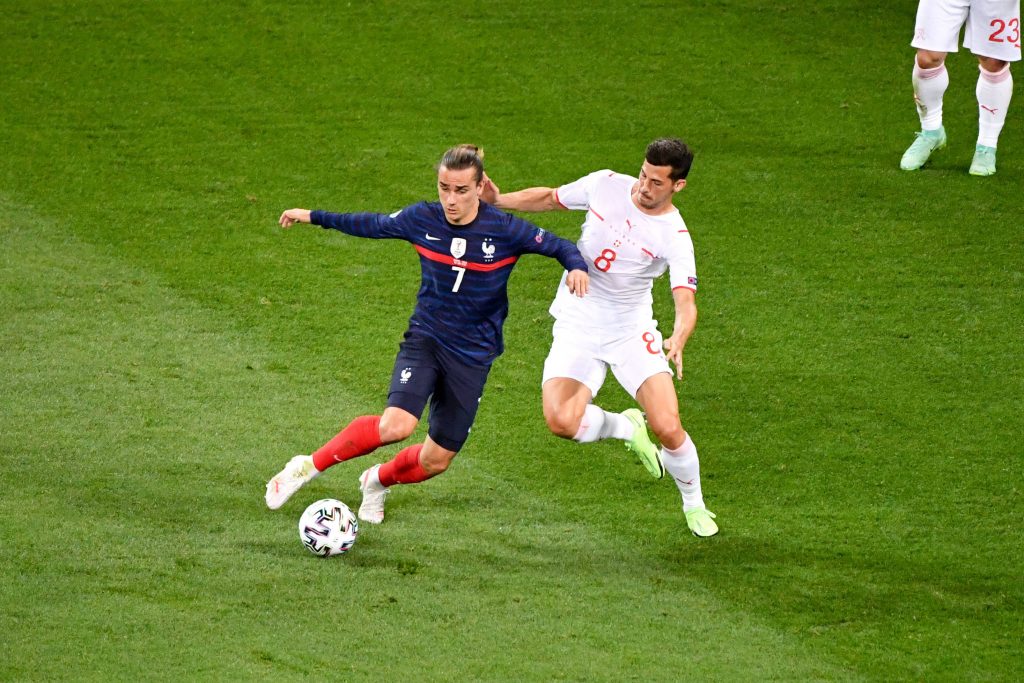 Manchester City boss Pep Guardiola has made a phone call to Barcelona forward Antoine Griezmann with a view to a possible transfer, Telefoot claims.

The Cityzens are keen on landing an elite striker, and they have been heavily linked with a move for Tottenham Hotspur’s Harry Kane.

However, a deal seems improbable at the moment, with Spurs reluctant to lose their prized asset for anything less than £150 million.

It is now reported that Griezmann could be an alternative transfer target, and he has recently been in contact with Guardiola.

Griezmann had an average debut season for Barcelona in 2019/2020 but stepped up last season with a string of stand-out performances.

The Frenchman ended the campaign with 20 goals and 13 assists from 51 games, but there are genuine doubts whether he could stay next term.

The Catalan giants are facing major financial concerns, and they need to reduce the wage bill by another €175m to register new signings.

The list also includes six-time Ballon d’Or winner Lionel Messi, who is now a free agent after being contracted to the club for 17 years.

It was recently claimed that Griezmann is ‘almost certain‘ to leave the Blaugrana if they succeed in committing Messi to a new contract.

Having been linked with a Premier League move for several years, the World Cup winner could be tempted by the prospect of joining City.

He is a completely different player to Kane but would perfectly suit Guardiola with his versatile ability to play up front, out wide or behind the main striker.

The 30-year-old has three years left on his contract, but he could be available for a reduced fee as the Blaugrana are seemingly desperate to reduce their wage bill.

He is valued at around €60 million by Transfermarkt. It could be a fair price for a transfer. The outlay would still leave City with funds to spend on other targets.