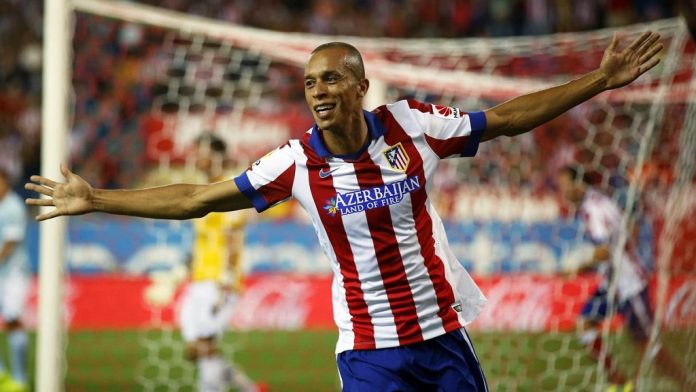 Manchester United are considering to renew their interest to sign Atletico Madrid defender Joao Miranda, according to reports in the Dailymail.

Miranda, who is currently at Inter Milan on a two-year loan spell, has been heavily with the Premier League giants for the past few seasons.

Former Man Utd managers reportedly made attempts to sign the Brazilian centre back, although Jose Mourinho is also said to be a huge admirer of the 31-year-old.

The Portuguese coach himself wanted to sign Miranda for Chelsea last summer and could still opt to make an offer for the strong defender, should Marcos Rojo or Daley Blind leave the club this summer.

Man Utd’s defensive duo have been linked with a move away from Old Trafford, with German midfielder Bastian Schweinsteiger taunted as the most high-profile victim of Jose Mourinho’s arrival.

While, Cameron Borthwick-Jackson, Tyler Blackett and Paddy McNair are all expected to go out on loan to acquire playing time this season and the Red Devils could yet bolster their defensive options by signing the Brazilian International despite having already signed Eric Bailly from Villarreal.

In his first press conference for Man Utd, Mourinho revealed that the club has made plans to sign four new players this summer, with three of them having already confirmed by the Old Trafford outfit.

Bailly’s arrival was followed by the signings of striker Zlatan Ibrahimovic and attacking midfielder Henrikh Mkhitaryan, and the fourth ‘priority signing’ is highly anticipated to be Juventus midfielder Paul Pogba.

However, Man Utd are unlikely to make an offer for Miranda now that they are close to concluding their purchases in the current transfer market, with Pogba’s return expected to be their final signing this summer.